Taoiseach Enda Kenny has again insisted that the Government has not signed off on any measures to be included in the Budget, including reported health cuts.

Minister for Health James Reilly is said to be considering a range of cuts to secure savings of around €500m in the health budget next year, including a €50 annual charge for a medical card.

The Minister is also looking at increasing the 50c prescription item charge, closing 40 community nursing homes and asking people to pay some money towards home care.

When he was appointed as health minister, Dr Reilly promised to abolish the prescription charge.

Another option being examined is to change the eligibility threshold for the medical card so that more people receive a GP only card instead.

The options were discussed by the minister at a Fine Gael parliamentary party meeting last night and later in a briefing to Labour Party TDs and Senators.

The potential cuts are being considered as part of a frontloading of health savings in 2012.

Today Fianna Fáil leader Micheál Martin called on Dr Reilly to give the same presentation to the Dáil on impending health cuts that he gave to the Fine Gael and Labour parties.

He said members of the Cabinet were manipulating the media and the public about "horror stories" of reported cuts and charges.

Mr Higgins set out a series of questions relating to promises on social welfare cuts, child benefit cuts and third-level capitation fees made by the Labour Party and he asked the Taoiseach to make the party an honest party by honouring commitments made by them.

Mr Kenny said the Labour Party was completely honest in its pronouncements prior to the election and there was no dishonesty.

He said such promises were slightly different from two parties agreeing a Programme for Government after an election.

Mr Higgins said the Taoiseach had an "extraordinary concept" of honesty and the truth.

In a statement this afternoon, Fianna Fáil health spokesperson Billy Kelleher described the Government health agenda as a "farce".

The Irish Patients' Association has claimed that patient safety will be affected if some of the key health cuts being considered by the Health Minister are implemented next year.

He said that the charges would cost lives and create a strain on the public system that could grind to a halt with more chronically sick patients.

Age Action has warned that possible cuts would be borne by the sickest and poorest of older people, who are at a stage of life on low fixed incomes and who are dependent on the State for essential services.

It said that on the one hand the Government was promising to have free GP cover for all in a few years, while on the other hand it was proposing to introduce cuts that will make it harder for the sicker and poorer citizens to access care.

In robust exchanges this morning, Micheál Martin said the House was being treated with contempt and accused the Taoiseach of arrogance.

He said budgetary proposals should have been given to members of the Dáil before German parliamentarians.

Mr Kenny said the reality of the choices being made now were as a result of ''the biggest shame in Irish politics" that was perpetrated by the Fianna Fáil government ''in the middle of the night''.

Elsewhere, Mr Kenny said the European Commission has accepted that it should not have sent confidential Irish budgetary documents to the German Finance Committee.

In a response to a question from Mr Martin, Mr Kenny said the documents were sent to the European Commission due to the proximity of the Budget.

He added that Minister for Finance Michael Noonan has protested strongly about a breach of confidentiality to Commissioner Olli Rehn because the material was sent in confidence.

The Taoiseach said no further investigation is needed into the matter. 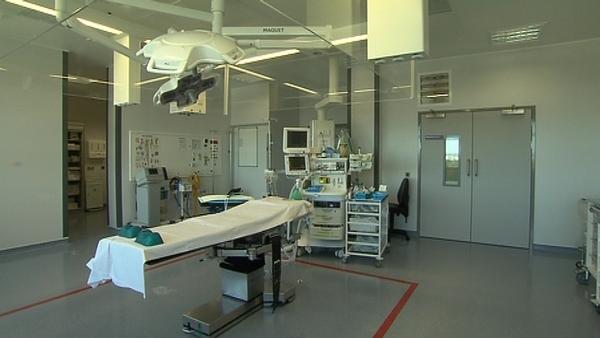