The garda inquiry into the discovery of a second body in the River Bandon in Co Cork yesterday has been upgraded to a murder investigation.

Mr Forrester was originally from Blackpool in England and had been living in Bandon for the past two years.

Gardaí believe he was murdered in his flat and thrown over a railing into the river below.

It is understood he had been stabbed a number of times in the head and neck.

When he was found in the water his hands and feet were bound.

Yesterday, a man and a woman were charged with the murder of Jonathan Duke, whose body was recovered from the River Bandon on Sunday night.

Catherine O'Connor, 35, and Romanian national Ciprian Grozavu, 37, both of Bandon Bridge House, were charged with the murder of Mr Duke.

Mr Forrester's ground floor flat is now one of four crime scenes being forensically examined by two teams of gardaí from the Technical Bureau in Dublin.

The other three include a second apartment in the same building and the sections of the river where the two bodies were discovered.

Funeral arrangements for Mr Duke have yet to be finalised. 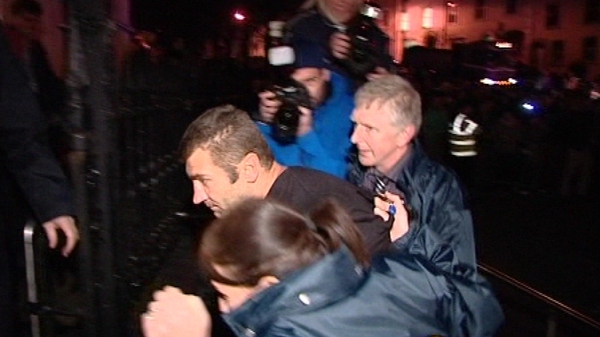