The Government has again asked Bank of Ireland and Ulster Bank to reconsider their position on passing on the latest ECB rate cut.

Tánaiste Eamon Gilmore said the ECB gave the interest rate cut not for it to be pocketed by banks but in order for it to be passed on to customers.

Mr Gilmore said the Government is waiting for a report from the Financial Regulator on the issue and if the banks still have not responded, they will look at legislation to force them to pass on interest rate cuts.

He said the Government will take action if it has to.

AIB, Permanent TSB and Irish Nationwide have all now agreed to cut their standard variable rates in the wake of the ECB rate cut announced on 3 November.

Mr Gilmore was speaking at a Labour Women National Conference in Dublin. 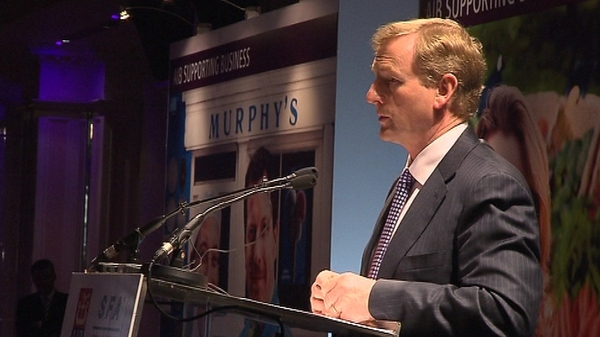