A group of 25 people - including 14 Irish citizens - who are being held by Israeli authorities will face a deportation hearing later today.

They were detained after two boats attempting to break the Gaza blockade were intercepted by the Israeli navy.

They are being held at the Givon Detention Centre near the port of Ashdod, where they were taken to after being boarded by navy personnel and can held be held for another 72 hours before being deported.

Those on board include former TD Chris Andrews and retired rugby international Trevor Hogan.

Supporters of the group say they refused to sign deportation orders.

The Department of Foreign Affairs said that consular officials from the Irish embassy in Tel Aviv are present in Ashdod and are in contact with the group and Israeli officials.

In a statement, Tánaiste and Minister for Foreign Affairs Eamon Gilmore said the priority was the safety and welfare of the detainees and that the Irish Embassy was providing consular assistance.

Mr Gilmore said: "I am closely monitoring developments about the detention by the Israeli authorities of 14 Irish nationals following the interception of the MV Saoirse yesterday.

"I hope that the group will be released from detention with all possible speed."

He said an Irish embassy officially who met with them had confirmed that they were in good health and had not complained about their physical treatment. 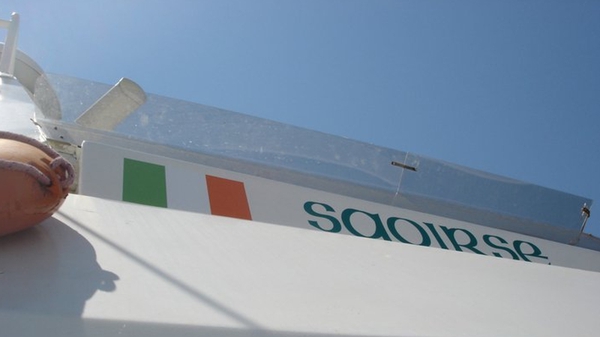