WikiLeaks founder Julian Assange has lost his bid to block extradition to from the UK to Sweden where he faces sex crime allegations.

Two High Court judges rejected claims that extraditing the 40-year-old Australian would be "unfair and unlawful".

The Swedish authorities want him to answer accusations of sexual assault against two women in Stockholm in August last year.

Mr Assange, whose WikiLeaks website published a mass of leaked diplomatic cables that embarrassed several governments and international businesses, denies the allegations and says they are politically motivated.

The High Court in London upheld the ruling by a District Court in February that Mr Assange should be extradited to face investigation.

The case has cast a shadow over Mr Assange and his whistle-blowing website, which published a cache of more than 250,000 secret US diplomatic cables last year.

Mr Assange, who was arrested almost 11 months ago, has two weeks in which to lodge an appeal.

However, any appeal to Britain's highest judicial body, the Supreme Court, can be done only on a point of law considered to be of general public interest.

Last month Mr Assange said WikiLeaks would stop publishing secret cables and devote itself instead to fund-raising because of a financial blockade on payments to the site by US firms such as Visa and MasterCard.

He said if the blockade was not ended by the turn of the year, WikiLeaks would not be able to continue. 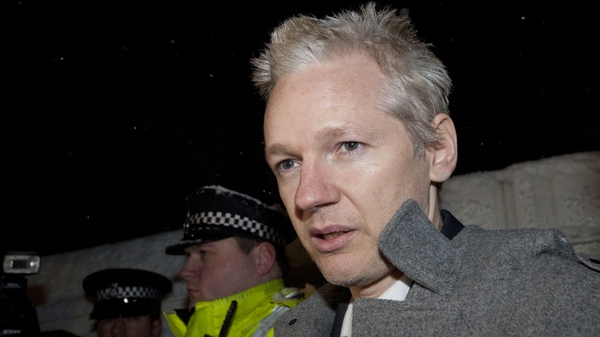