Kenya's Geoffrey Ndungu ran the fastest time ever recorded at the Dublin City marathon, completing the race in 2.08:32.

He beat the previous course record holder Moses Kangogo Kibet, who had returned this year to defend his 2010 title.

Helalia Johannes from Namibia was the first woman to cross the line at 2.30:35, with Kenya's Emily Rotich second and Radiya Adilo of Ethiopia third.

Paul Hannon from the UK was the winner of the wheelchair race in 2.13:58.

Now into its 32nd year, organisers say entries from abroad were high with participants coming from 51 countries around the world.

Over 200 gardaí and PSNI officers started together at the front of the marathon - each wearing a black ribbon in memory of their colleague Garda Ciaran Jones who died in last week's floods in county Wicklow.

The marathon was televised for the first time in 20 years, with live coverage on RTÉ. 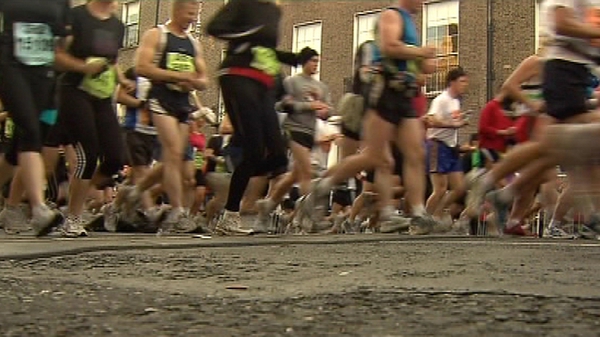