Europe threw debt-wracked Greece a short-term cash lifeline this evening but warned banks they may have no choice but to accept big losses on existing Greek debt, diplomatic sources said.

Euro zone finance ministers took their first steps to overcome division on how to resolve a crisis threatening global recession by agreeing to release their €5.8bn contribution to €8bn of Greek aid blocked since mid-September.

But with the key issue being what to do about Greece's unsustainable overall €350bn debt mountain, ministers meeting in Brussels decided to demand that private sector creditors accept a 'haircut' of "at least 50%," three separate diplomatic sources said.

The talks wrapped up overnight with an understanding that "a minimum of 50% Private Sector Involvement is needed" to go ahead, with cash backing from the IMF "only possible" with that "clarity on the second programme," one of the diplomats said.

The IMF now has to sign off on its €2.2bn share agreed under the May 2010 bailout for Greece, but several diplomatic sources said its managing director Christine Lagarde had given her nod of approval to the ministers.

"The disbursement is expected to take place in the first half of November, pending the approval by the board of the International Monetary Fund," the ministers said in a statement.

The tranche is only the primer for a second debt rescue, meant to be for €109bn in EU-IMF loans, but which now has to be underpinned to a far greater degree by private sector creditor write-offs on Greek government bonds.

In July, euro zone leaders had agreed a 21% "haircut."

The share to be put up by euro zone governments backed by EU and IMF funding is now expected to rise to €114bn.

The new position marks at least a first step going into back-to-back summits on Sunday and Wednesday amid intense international pressure on Europe to put its house in order.

On entering the talks, Ms Lagarde said of the broader crisis response that the Washington-based global lender of last resort "will do all it can" to help Europe find a lasting solution.

Ministers are trying to keep the fallout from Greece and its potential default from bringing down the euro zone as a whole.

Euro zone chief Jean-Claude Juncker warned that the impact of in-fighting on the world stage was "disastrous" for Europe after China, the United States and Britain each waded in to press for concrete progress.

Economic and Monetary Affairs Commissioner Olli Rehn said the EU would also need to agree a big boost to existing rescue funding firepower and recapitalise banks caught in the eye of the storm.

France and Germany were still far apart after today’s talks on how to "leverage" up the €440bn European Financial Stability Facility.

Leaders need the fund to go much further if they are to convince markets that Italy will not be sucked into a whirlpool.

In the end, European markets rose in anticipation of meaningful progress between now and Wednesday.

The ministerial talks give way to meetings between EU leaders on Sunday and then Wednesday, together paving the way for a G20 summit in France in early November.

German Chancellor Angela Merkel and President Nicolas Sarkozy are to meet on Saturday night in Brussels.

The White House said after a video conference with US President Barack Obama and British Prime Minister David Cameron that the key euro zone players "fully understand the urgency of the issues" and are "working diligently" towards a "politically sustainable" solution.

Italy is under pressure to spell out new budget cuts and economic reforms at Sunday's summit.

Leaders also want new rules for pan-euro zone economic policy and EU-wide measures to stimulate economic growth to round out a complete package. 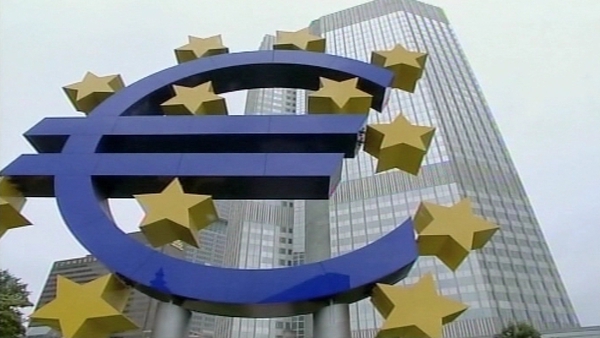