The Minister for Finance Michael Noonan has said the troika will give positive news about Ireland's economic performance tomorrow.

Mr Noonan said the team’s assessment will show that Ireland has achieved a satisfactory result and that the country is meeting all its targets under the bailout deal for this quarter.

The troika; which consists of representatives from the European Union, European Central Bank and International Monetary Fund, has been in Ireland for the past ten days to assess the country’s performance under its bailout.

Mr Noonan, along with the Minister for Public Sector Reform Brendan Howlin, will give a briefing about its assessment tomorrow morning.

Mr Noonan was speaking in Limerick tonight where he attended a rally for Fine Gael Presidential candidate Gay Mitchell.

He said that this year’s budget, which will be announced on 6 December, will make whatever adjustments are necessary to get the country’s public finances to a 8.6% debt-to-GDP ratio.

He said the current programme suggests that this can be achieved by cuts of €3.6bn and that the Government will do whatever is necessary to achieve the right ratio.

He said that while it will be a difficult budget, it will be less severe than last year, which saw adjustments of €6bn. 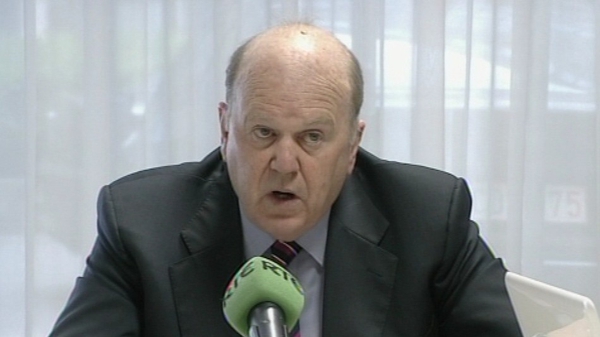 Fear over effects of 'burning' bondholders