Irish officials have welcomed proposals for an expansion of infrastructure projects in Europe.

They say it could have significant funding benefits for Ireland in the area of broadband and energy supply.

The proposals, presented by the European Commission this morning, could see €50bn being spent over the next decade under the Connecting Europe Facility (CEF).

The commission wants to fast-track spending on infrastructure and to attract more private investors through the use of Project Bonds.

As well as funding for broadband, areas under consideration from an Irish point of view could include the northern seas offshore grid.

There will also be consideration of 'Smart Grids', which could facilitate the development of wind and wave energy off Ireland's coasts.

The CEF envisages a blend of funding from the European Commission such as co-financed cohesion funding, whereby national governments contribute matching funds, and the use of Project Bonds.

The Project Bonds initiative is to help infrastructure projects to attract long-term private investment through the European Investment Bank.

At a news conference this morning, the President of the European Commission, Jose Manuel Barroso, said that an initial €213m could be leveraged through the issuance of Project Bonds to generate up to €4.6bn that could be spent in the short-term on infrastructure projects.

A Department of Transport spokesman said the proposals would be looked at carefully.

"The implications for Ireland's transport infrastructure will need to be examined carefully, particularly the specifications for the road and rail network and our capacity to deliver in the current economic climate.

''Ireland has been included in the Core Network, which is the focus of the Commission's proposed Connecting Europe Facility.

''We will aim to optimise any available funding for transport priorities in Ireland which meet the requirements of the Connecting Europe Facility once it has been finalised and adopted, which is likely to take place in 2013."

The spokesman said it was a draft plan, which will undergo many further changes before a final version is produced.

Currently, the plan does not commit Ireland to any specific targets or projects, the spokesman added.

''Furthermore, given that around 80% of the funding for any project contained in these proposals would have to be met by Irish taxpayers, the plan should not be regarded as a new source of funding for infrastructure projects.'' 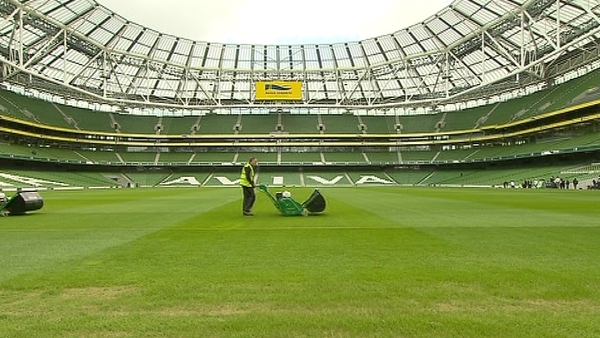 Calls for Govt to invest in infrastructure