The National Review Panel has said the Health Service Executive is responsible for a considerable failing, in not having a standard method for assessing the needs of children.

Professor Helen Buckley, chair of the review, said there were deficits in services and poor inter-agency communication at times.

The comments follow the revelation today by the HSE that there have been 35 deaths and 16 serious incidents involving children or adolescents known to the HSE since March of last year.

Of those 35 deaths, most were due to natural causes, or accidents, but causes also included drug overdose, suicide and even homicide.

In one case, the death of a four-month-old baby in July 2010, the report criticises the time lapse between December 2006, when An Garda Síochána notified the HSE of concerns, and October 2008 when the HSE met the family.

Prof Helen said the HSE was responsible for a considerable failing, in not having a standard method for assessing the needs of children.

However, she said none of the deaths in today's reports were directly attributable to a failure by the HSE.

HSE National Childcare Specialist Paul Harrison said he believed the HSE had an effective and robust system, but he accepted the criticism that assessments are not always uniform around the country.

The HSE and the National Review Panel today offered their sympathies and condolences to the families and those affected by the tragic deaths of the young people.

In March 2010, the Health Information and Quality Authority issued directions to the HSE to review all serious incidents including deaths in care and detention.

A national review team was set-up and since then the HSE must notify HIQA of all deaths and serious incidents within 48 hours.

After that case, it was estimated that 23 children had died in HSE care in the past decade, although health officials later said that the figure was likely to be much higher.

A report into the death of four-month-old Baby G in the care of her mother in July 2010 has criticised the 'serious weakness' in interagency discussion in the case.

It says there was an unacceptable time lapse between the notification by An Garda Síochána to the HSE in December 2006 and the first face-to-face contact between HSE social workers and the family in October 2008.

In another case involving the death of Child C, three months before his 18th birthday, the report says the HSE should introduce a screening tool to highlight chronic illness in a child.

Child C died of complications associated with diabetes and there were 'communication' gaps which had implications for this well-being.

The child was known to the child protection services six months before his death. But the review did not identify any inaction by the HSE which was a contributory factor to his death.

The review panel reports the case of a 14-year-old boy who suffered a potentially life threatening fall through the roof of a building near his home in October 2010.

It does not fault the HSE who had conducted an assessment before the incident due to concerns about possible neglect.

The boy has since recovered and has returned to school. 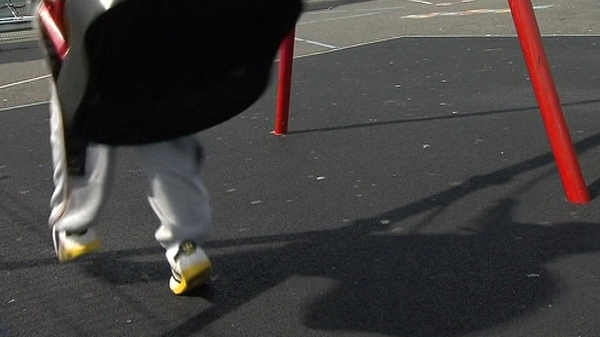 Under 18s 'invisible' to the public sector