The Minister for Defence and the head of the Defence Forces have both apologised to the families of three Irish peacekeepers killed by a roadside bomb in Lebanon 22 years ago.

The apologies follow a new report that concluded that the lethal device should or could have been detected before it detonated.

However, the families complained that they had been treated outrageously by the Army over the years.

Three peacekeepers from the west of Ireland died instantly when their truck, laden with stones, drove over a landmine on a dirt road in March 1989.

They were Corporal Fintan Heneghan from Ballinrobe, Co Mayo; Mannix Armstrong from Sligo and Thomas Walsh from Tubbercurry, Co Sligo.

Since the tragedy, relatives of the three soldiers complained that the men had been sent out on a road that had not been swept for landmines that day. The Army said no blame could be attached to any personnel serving in Lebanon.

However, just a few months ago a serving officer volunteered to give evidence in a High Court action by one of the widows that he warned of the dangers on the day of the accident.

Leading Barrister Frank Callanan was then asked by the minister to review the accident.

His report this afternoon found that there was a deficient assessment of the threat to Irish peacekeepers from bombs and landmines.

It said the three soldiers should not have been sent to the road without a sweep.

The report said the procedure for checking for devices on some routes were insufficiently defined and the training of soldiers was deficient.

The families said the findings vindicated their campaign.

Enda Heneghan said the core issue is that the device could and should have been detonated beforehand.

He said that after blanket denials the Army has now admitted to a systems failure.

Chief of Staff Lt Gen Sean McCann unreservedly apologised to the families and said the systems were not robust enough in 1989.

He said the Callanan review was ordered following the discovery by the Defence Forces of information not contained in the files relating to the incident.

The Defence Forces immediately reported this information to the minister's officials, and a review of the incident was undertaken.

Gen McCann said the report acknowledges the very difficult circumstances confronting the Irish contingent at the time, including the changing nature of the threat, and the constant and unremitting exposure of the Battalion to shelling and gunfire.

Minister for Justice, Equality and Defence Alan Shatter also apologised saying that the deaths could and should have been avoided.

However, he pointed out that the report said there had been a systemic failure, not alone by the Defence Forces, but by the UNIFIL mission as a whole to respond to the increased threat from improvised explosive devices and from the danger of a targeted attack by radical armed Islamic elements.

Mr Shatter said he does not believe there was a cover-up and said the troops in Lebanon at the time were operating in a very complex and difficult situation with limited resources.

However the relatives, while accepting the apologies, insisted there had been cover-ups but hoped similar accidents would not happen again. 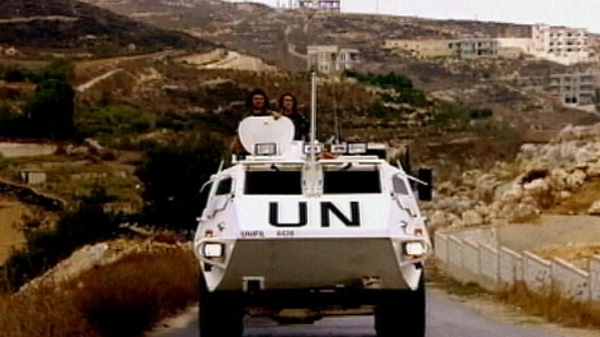