A former Garda Commissioner has told the Smithwick Tribunal that gardaí were aware that a retired Dundalk sergeant, Leo Colton, was working for a man with links to the IRA.

Noel Conroy's confirmation is the first evidence the tribunal has heard linking Mr Colton with subversives.

Meanwhile, the tribunal also heard that there are up to 50 permanent IRA active members in south Armagh and they could mount a sophisticated operation within an hour.

The tribunal is investigating whether former Sergeants Colton, Finbarr Hickey and Owen Corrigan leaked information to the IRA which lead to the ambush and deaths of two senior RUC officers in 1989. All three deny the allegations.

Asked by counsel for the tribunal, Justin Dillon, if the gardaí carried out an audit after it emerged Mr Colton was working for a slot machine operator who was "known to be or associated with members of the IRA", Mr Conroy said he was told that the former uniformed sergeant would not have had access to sensitive information.

Finbarr Hickey was convicted of signing passport forms which ended up in the hands of the IRA.

He claimed he had done so after he was asked by Mr Colton and Mr Conroy confirmed that Mr Colton was investigated as a result.

No criminal charges followed and the garda disciplinary code could not be used as Mr Colton had already retired.

In relation to the actual murders of the two RUC men - Chief Supt Harry Breen and Supt Bob Buchanan - the former Commissioner said he was told afterwards that there was a 'high price' on Mr Breen's head because the IRA believed he was involved in the Loughgall ambush in which several IRA members died in an ambush by the SAS.

Mr Conroy also said they had an excellent working relationship with the RUC and then the PSNI.

There were many people walking around today who would be dead if it was not for that close co-operation, he said.

The witness also said he had chosen Mr Corrigan for an operation to try and get the stolen Beit paintings back for a number of reasons, including his courage.

A report by the head of the then RUC's CID Southern Region was also introduced to the tribunal today.

It was produced after gardaí asked if there was any evidence of collusion in the murders of the two RUC men.

The report concluded that there was "no evidence" it had happened.

The tribunal this afternoon heard from Peter McGuire - a former head of the Special Branch - who said that the IRA in south Armagh were highly efficient.

They had six commanders and a force of between 30 and 50 full-time active members, along with a large number of others they could call upon.

He said they could mount sophisticated operations within an hour.

Mr McGuire also said he had no doubt about Mr Corrigan's loyalty to the State and the gardaí.

At the start of this morning's session, Justin Dillon, counsel for the tribunal, said he wanted to clear the air in relation to witnesses being summoned by the tribunal.

Their first 'port of call' should be with the tribunal legal team, he said.

Dermot McGuinness, senior counsel for the Commissioner, said that Noel Conroy had been asked by them to come to the tribunal building for a meeting before he was due to give evidence at 11am.

There was no appointment to meet tribunal staff beforehand, he said.

He accused Mr Dillon of "bursting into our consultation room" and demanding "in a rude manner" to meet the witness, former Garda Commissioner Noel Conroy.

However, the Judge said this was not good enough.

He told Mr McGuinness that Mr Conroy was met at the front door by his secretary who told him the tribunal staff wanted to meet him.

However, the tribunal's secretary was told they would have to wait and they were prevented from speaking to Mr Conroy.

This was, he said, the second time the Commissioner's legal team had obstructed a witness from talking to counsel for the tribunal. 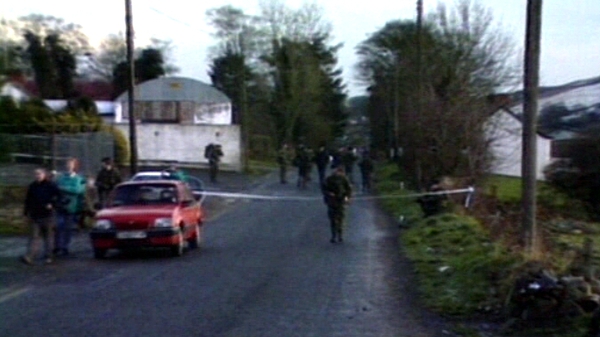