The Oireachtas Public Accounts Committee is to investigate findings in an unpublished report that FÁS gave factually inaccurate audit information to the committee.

The Mazars Report, commissioned by FÁS and revealed by RTÉ News on Friday, queried the accuracy of the audits into controversies involving extravagant expenditure and foreign travel at FÁS.

Chairman of the Oireachtas Public Accounts Committee John McGuinness said he had instructed the Committee Secretary to write to FÁS Director General Paul O'Toole seeking a copy of the Mazars report.

He also wants a comment from Mr O'Toole on the contents of the report stating that the Committee may have been misinformed.

He said the matter will be addressed at the Committee's next meeting on Thursday.

The report also criticised the manner in which FÁS handled the expenditure controversies and its disciplinary procedures against Mr Craig.

The Office of the Data Protection Commissioner has confirmed that it has received a "contact" regarding FÁS within the last 24 hours and is seeking to establish the facts surrounding the complaint.

Asked whether the Department or the Minister had seen the Mazars report, a spokesperson said they had not.

The spokesperson also confirmed that they have not requested access to the report.

The Mazars report found that FÁS had leaked confidential information about Mr Craig including medical details to the media in breach of the Data Protection Act and internal codes governing confidentiality of human resources files.

It confirms that FÁS announced Mr Craig's suspension from work in public at an Oireachtas Public Accounts Committee meeting in November 2008 - before telling Mr Craig himself.

On Friday, FÁS said that it was making progress in addressing legacy issues - but that it was not its policy to comment on detailed human resources matters relating to individuals.

In a statement, FÁS said that it has cooperated fully with the Public Accounts Committee in its examination of matters relating to the organisation, and will be happy to clarify further queries the Committee may have in this regard.

It also said that if a query is received from the Data Protection Commission it will respond to it fully in the normal way. 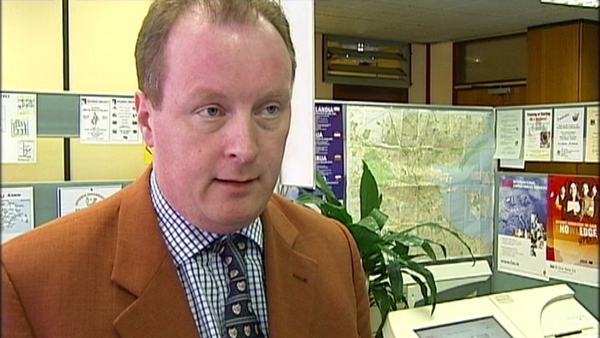