The Fianna Fáil whip has said the party's TDs and Senators will not be allowed to individually back candidates seeking nominations to run for the Presidency.

Speaking on RTÉ's The Week In Politics, Seán Ó Fearghail said the party would act collectively if it chooses to support an independent candidate.

The statement will come as a blow to those hoping Senator David Norris could get some support from Fianna Fáil Oireachtas members to allow him re-enter the Presidential race.

Senator Norris withdrew from the race in August after it emerged that he wrote to an Israeli court in 1997 to plead for clemency for his former partner, who had been convicted of statutory rape.

However, a number of polls have suggested there is still public support for his candidacy and there has been mounting speculation that he is planning to return to the field this week.

Meanwhile, a number of county councils will meet tomorrow with some due to decide on their nomination for the Presidential election.

Potential candidates for the election, due to be held on 27 October, require the support of four local authorities or 20 members of the Oireachtas.

Seán Gallagher is also looking for the support of two more councils.

Fianna Fáil will gather in Dublin tomorrow for the latest in a series of parliamentary party meetings ahead of Wednesday's Dáil session.

The economy and the social impact of the recession top the agenda, against the backdrop of the huge problems facing the party itself.

Speaking tonight, party leader Micheál Martin said that the work from this meeting would feed into the policy renewal process for the party that is being launched around the country. 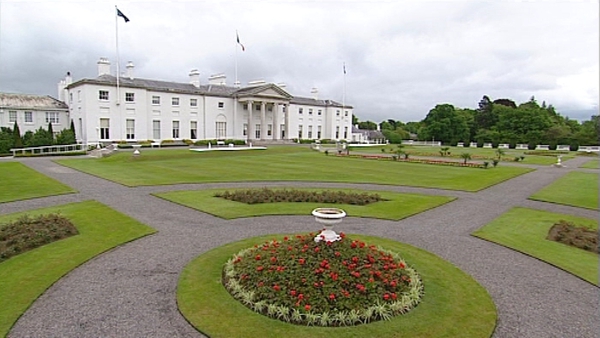