The Department of Foreign Affairs has said that it is continuing to monitor the situation in Bahrain regarding the Irish-trained surgeons who are in prison in the country.

It is reported that Ali Al-Ekri and Bassin Dahif - who both studied at the Royal College of Surgeons - have entered their second week of hunger strike in the jail.

Tánaiste and Minister for Foreign Affairs Eamon Gilmore has already called for the immediate release of the men and that the EU has also formally raised the issue. 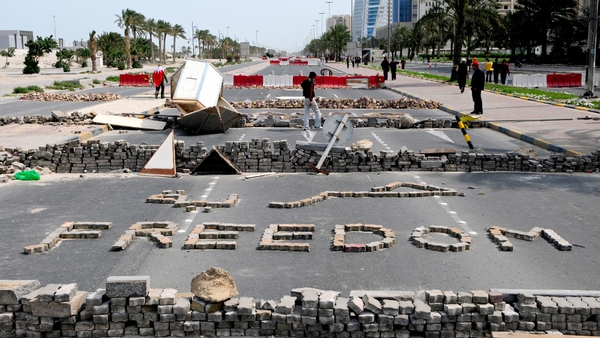 DFA advises against travel to Bahrain