An earthquake with a magnitude of 7 has struck Peru.

The quake’s epicentre was near the town of Pucallpa, which lies some 600km from the capital, Lima.

Telephone lines are down in the area, but local media said no serious damage or injuries had yet come to light.

A 5.3-magnitude aftershock was registered in the area soon after the powerful initial tremor.

One seismologist said the depth of the quake (145km) meant serious damage was less likely.

Earthquake-prone Peru is a leading metals exporter, but the region near the epicentre is not a mining area.

The largest earthquake to hit the eastern US in 67 years has raised concerns about the safety of the country's nuclear power plants.

The 5.8 magnitude quake's epicentre in Virginia yesterday was close to the North Anna plant, 130km southwest of Washington.

The plant lost power and automatically halted operations after the quake.

While the operator reported no 'major' damage to the facility, three diesel generators were required to kick in and keep the reactors' radioactive cores cool. A fourth diesel unit failed.

While nuclear power plants can operate safely on back-up power, failure of generators was a key reason for the disaster at Japan's Fukushima Daiichi plant after a 9.0 magnitude quake and tsunami in March.

The US Nuclear Regulatory Commission (NRC) said North Anna's shutdown was safe and posed no risk to the public.

It is not clear when off-site power could be restored or when the 1800-megawatt plant, which remained on alert, could restart.

A spokesman for the operator said the plant was designed to withstand an earthquake of up to 6.2 in magnitude.

But some groups have expressed concern about the narrow margin between the design metrics and the quake's size.

'It was uncomfortably close to design basis,' said Edwin Lyman of the Union of Concerned Scientists, which has pushed for stronger nuclear regulations.

'If Fukushima wasn't a wake-up call, this really needs to be to get the NRC and industry moving to do seismic reviews of all the nuclear power plants in the country.'

North Anna's reactors are among 27 east of the Rockies that the NRC highlighted during a seismic review last year as presenting a potential hazard, due to the amount of ground-shaking they were designed to withstand. 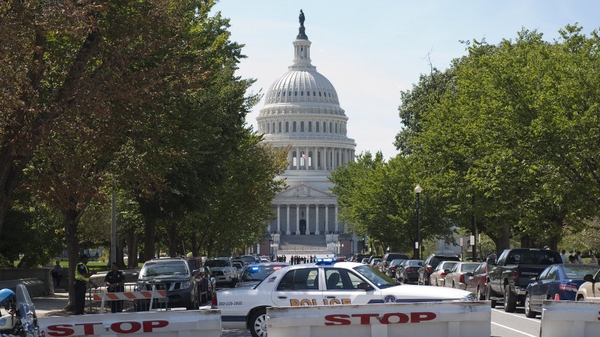 5.9 quake shakes east coast of US