Former teacher and broadcaster Micheál Ó Muircheartaigh has confirmed his interest in running for the Presidency.

Speaking on RTÉ's Morning Ireland programme this morning, Mr Ó Muircheartaigh said he had not yet decided if he would run but would make a decision by the end of next week.

'What's really gotten to me is the vast surge of support from the people... the support to run is coming from those,' he said.

'I will consider it but it's a vast question, I haven't done any preparation, I have no campaign strategy.

'I have promises of support and all that and definitely between now and the end of next week I'll come to a decision one way or another.'

Mr Ó Muircheartaigh said he will have to consult with members of his family before making a decision, many of whom are abroad at the moment.

He said he has been approached on the matter by politicians in recent months and had also gained support from people in the business community.

However, he said he would stand as an independent candidate if he was to join the race.

Mr Ó Muircheartaigh, who turns 81 next week, said he thought people should be aware of his age were he to run and he did not think it was an impediment.

'Retiring from one thing doesn't mean you sit down and take no part in anything,' he said. 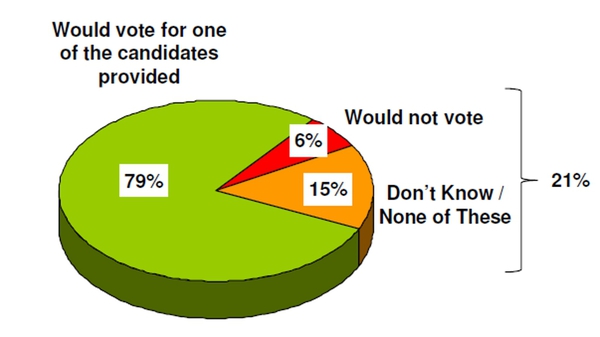