Former head of the Quinn Group Sean Quinn has condemned those involved on a series of attacks on the property of his former company and its management.

Mr Quinn's comments came after Quinn Group Chief Executive Paul O'Brien said he believed an orchestrated campaign was underway to try and force him and other recently appointed managers out of the company.

Since April, when Mr Quinn lost control of his business empire, there has been over a dozen attacks on Quinn Group property.

Vans have been torched, electricity pylons cut down and this week a more sinister attack on the home of Mr O'Brien who was appointed after Mr Quinn was ousted from the company.

Two cars outside his home in Foxlodge Woods at Ratoath in Meath were doused in petrol and set on fire.

One was completely destroyed while his home and that of a neighbours were also damaged.

Mr O’Brien said he believed the attacks were orchestrated to try to get the current management out.

He was speaking on RTÉ Radio after cars and part of his house were damaged in an arson attack at his home in Ratoath, Co Meath, on Monday night.

In a statement issued this evening on behalf of Sean Quinn, Mr Quinn said, 'I wish to state in the most categoric terms that I have no knowledge whatsoever of any unlawful acts in relation to individuals or property associated with the Quinn Group other than what I have read in the media.

'Several weeks ago I spoke with a Chief Inspector of the PSNI in relation to the reported acts of sabotage surrounding the Quinn Group.

'I stated, in clear and unequivocal terms, that persons carrying out such acts were not acting in my name and requested them to cease.

'These comments were widely reported by the BBC at the time and repeated again yesterday.' 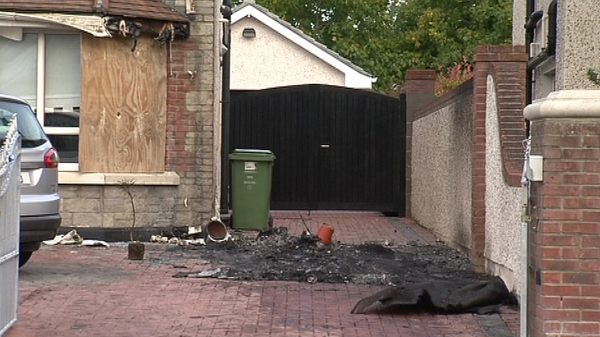