At 2.15pm, Judge Leonie Reynolds directed the jury that they could return a majority verdict of 11/1 or 10/2.

The jury at the time had been deliberating for over three hours.

The trial at Waterford Circuit centred on an incident in New Street in the city at 3am on 29 January last year and the CCTV footage recoded in the Garda Control Room.

Last Friday, Garda Daniel Hickey was found guilty of assault causing harm to Mr Holness and Garda John Burke was found guilty of intending to pervert the course of justice in that he moved the CCTV camera deliberately when the incident was taking place.

By late Friday evening, the jury had not reached a verdict on a fourth garda, Sergeant Martha Mcenery.

The jury returned this afternoon after four hours deliberating and returned a unanimous not guilty verdict of assault causing harm but found her guilty of assault, a lesser offence.

She was remanded on continuing bail and will be sentenced in November.

Afterwards the Garda Ombudsman Commission said it was the first time they had secured a conviction in a jury trial. 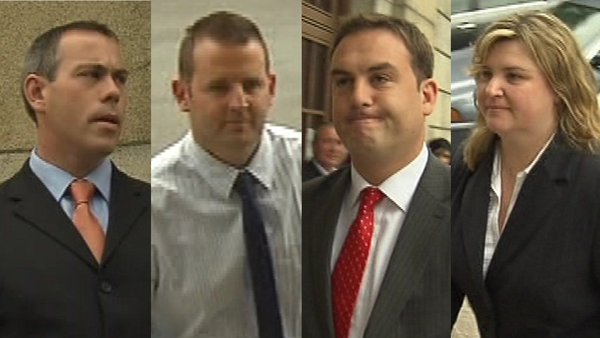