Just over 5% of FÁS employees are currently availing of dozens of extra annual leave days in advance of their retirement in order to acclimatise to the change.

Under the pre-retirement leave scheme, staff can get up to 44 extra annual leave days in the two years before their retirement. This brings their entitlement up to 70 days in total.

The scheme is only open to those with more than ten years of service who are retiring at the age of 60 or more and is at the discretion of senior management.

In a statement this evening, FÁS said that it recognises that the policy of giving weeks of extra annual leave to workers in the years before their retirement is not appropriate.

Of the 1,900 people currently employed by FÁS, 105 staff are availing of pre-retirement leave and the agency said this number will be reduced to 48 by next February.

Not all FÁS staff entitled to this extra leave have applied for it.

The board of FÁS originally withdrew the pre-retirement leave policy in March 2010.

However, it was ordered to reinstate it by the Labour Court while a review of similar policies in other public bodies was carried out.

No comparable scheme was found in the public service and FÁS made two separate offers to SIPTU to buy workers out of the scheme by offering once-off time off in lieu.

This local negotiating with SIPTU failed to reach a solution to the dispute.

FÁS withdrew the scheme again in May of this year, but was found to have breached industrial relations procedure by the Labour Relations Commission and was again ordered to reinstate the scheme.

Discussions at a local level to reach agreement have again failed and the matter has now been referred to the Labour Court.

No date has yet been given for the Labour Court hearing but both FÁS and SIPTU except it to happen shortly.

Minister for Training & Skills Ruairi Quinn announced last month that FÁS will be replaced by a new training and skills agency called SOLAS. 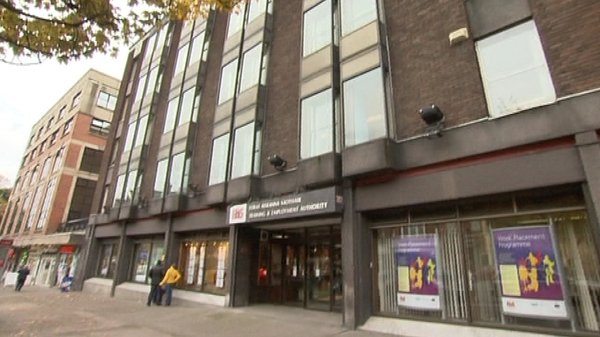