AIB shareholders have overwhelmingly backed a bailout that will leave the Government owning 99.8% of the troubled bank.

‘The recapitalisation resolutions at the extraordinary general meeting were passed by over 99.9%,’ a spokesman told AFP.

AIB’s executive chairman David Hodgkinson told the meeting the bailout ‘should facilitate the group's objective of providing for a sustainable future as a systemically important bank, which will continue to support our customers and contribute to economic recovery.’

Under the government's banking reorganisation plan the former EBS has become a subsidiary of AIB.

AIB, along with Bank of Ireland, will become the country's so-called pillar banks.

Earlier, Mr Hodgkinson said the bank is acutely conscious of the enormous erosion in shareholder value, the result of which has caused hardship for many shareholders.

He was speaking at the start of the bank's EGM this morning.

Mr Hodgkinson said the bank is going through an extensive restructuring programme.

After today, there will not be any board members remaining that were in place before 2009, he added.

Mr Hodgkinson raised questions about the Government's €500,000 cap on pay for bank CEOs.

He said the bank would not get a full selection of international candidates to fill the chief executive position to protect the Government's €20bn investment unless it pays an appropriate level for them.

However, he stressed AIB was seeking candidates who would accept pay within the €500,000 salary cap.

He told the bank's EGM ‘top people can get jobs anywhere’.

Speaking on behalf of a shareholder, People Before Profit TD Richard Boyd Barrett appealed to other shareholders to vote against the proposals to recapitalise the bank.

He said there was little or no chance that the bank will be able to contribute to any economic recovery as a pillar bank.

He said money is being sucked out of the pockets of ordinary people in the country to prop up zombie banks.

Another shareholder said the bank was about as likely to be a pillar bank as Sodom and Gomorrah were pillars of Judaism.

Another shareholder said AIB stood for Arrogant Incompetent Bankers and that the bird on the logo was flying off to feather his nest like the bank’s previous board. 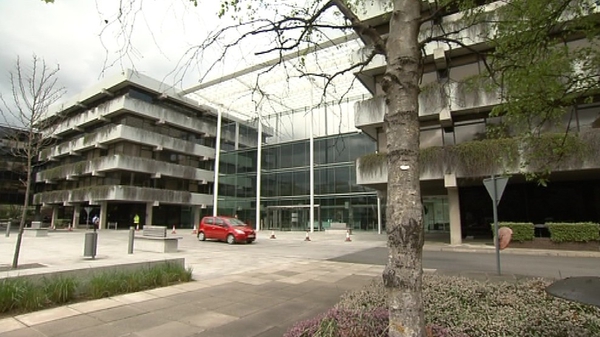