The proposed household charge will be set at €100 annually payable next year, Environment Minister Phil Hogan has confirmed.

Mr Hogan said the levy was separate to water charges, which will be payable by 2014 and would yield some €160m.

Those in receipt of mortgage interest supplement will not have to pay the charge, nor will those living in social housing or so-called 'ghost estates’.

Commercial property would be exempt too, as would premises owned by a charity.

Mr Hogan said €100 was as low as he could possibly put the charge, adding that it worked out at €2 a week.

Speaking on RTÉ’s Six One News, he said the charge was for the provision of local services in the communities.

Mr Hogan said he hoped people would come to accept the charge was a modest one and would only be levied on an interim basis for the next two years.

He said he had exempted a considerable amount of vulnerable people

The Minister said he would prefer not bring in the charge but it was part of the EU-IMF agreement.

He said the Government would put a fairer system in place in 2014.

Speaking at the MacGill Summer School, ICTU General Secretary David Begg said he was not surprised by the development, but he would favour a site charge.

Sinn Féin has condemned the plan. The party's spokesman Aengus Ó Snodaigh said the charge would suck spending money out of the retail economy and lead to even more job losses in the sector.

However, economist Colm McCarthy said the tax was necessary as an intermediate measure because of the difficulty in reintroducing domestic rates.

He said he hoped it would be collected with the TV licence fee to reduce the nuisance to people.

Age Action said it is deeply concern about the impact of the charge on low income pensioners.

'The new charge will mean extra hardship for pensioners who are still coming to terms with having their gas and electricity unit allowance cut by 25% earlier this month,' Age Action spokesman Eamon Timmins said.

The charity said it is concerned at the Government's failure to acknowledge that many older people are asset rich but cash poor in that they own their own homes but depend heavily on the State Pension as their main means of income.

Mr Timmins warned the Government there is little point in introducing a new charge, complete with penalties for late payments, if people cannot afford to pay it.

He urged ministers to extend the list of people exempt from the charge to include people on very low incomes. 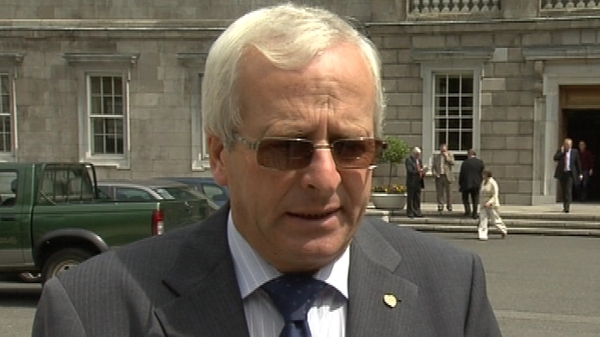