A garda Sergeant has told the Smithwick Tribunal that he was warned about retired Garda Owen Corrigan when he was transferred to Dundalk.

Sergeant Donal Smith told the Tribunal he could not remember who gave him the warning or the nature of it.

Under cross examination he said that he had received similar warnings about other gardaí when they were being transfered and they were all just rumours.

The Tribunal is investigating claims that Mr Corrigan or other gardaí, retired Sergeant Leo Colton or former garda Finbarr Hickey, passed information to the IRA about a meeting of Garda and RUC officials.

The two RUC men who were at that meeting, Chief Supt Harry Breen and Supt Bob Buchanan, both died in an IRA ambush minutes after leaving the garda station.

Earlier one of the most important witnesses to the Tribunal was described as ‘a spacer’ by a retired detective garda sergeant.

Tom Fox was asked by counsel for the Tribunal Justin Dillon SC if he knew Peter Keeley.

He replied: ‘I think I do. He was regarded as a spacer and that he was a person who could not be trusted.’

Mr Keeley, who also uses the name Kevin Fulton, has claimed he was recruited from the British army and send back to Northern Ireland to work as a British agent within the IRA.

Mr Keeley has claimed that Mr Corrigan passed information onto the IRA and that the garda also told them that two RUC men were in Dundalk Garda Station on 20 March 1989.

According to Mr Fox, Mr Keeley was a person who exaggerated everything and he personally would not have much confidence in what Mr Keeley said.

The witness added that he believed Mr Keeley used the name Mr McCann during the time he lived in Dundalk.

When asked how he came to this knowledge, Mr Fox said it came from other members of the detective branch in the garda station.

The witness worked with Mr Corrigan for several years and he did not believe he was an IRA mole.

He said he never had any doubts about his integrity and it was ‘beyond comprehension’ how his name came to be linked with the IRA.

Mr Fox was also asked if he knew a person by the name of Mooch Blair in Dundalk.

He said he did and that Mr Blair was, according to intelligence, deeply involved in subversive activities. 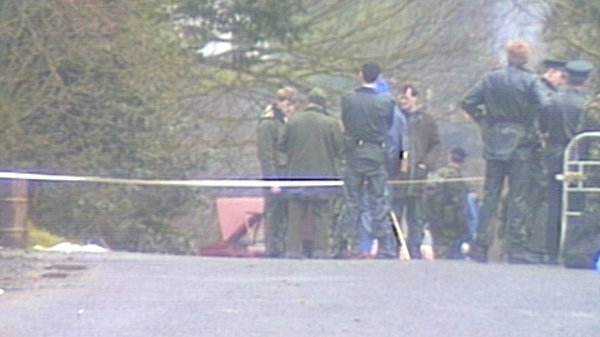