A United Nations peace enjoy has called for a ceasefire in Libya to be followed by the immediate creation of a transitional authority made up of rebels and the existing government - excluding Muammar Gaddafi and his sons.

The authority would appoint a president, control the police, armed forces and security services and would supervise a round-table reconciliation process, leading to elections to a national assembly which would write a constitution.

The diplomat, who asked for his name and location to be withheld, was outlining ideas he said were being canvassed by UN Secretary-General Ban Ki-moon's special envoy to Libya.

Muammar Gaddafi has been holding on to power in the face of rebel attacks aimed at ending his 41-year rule and has rejected suggestions that he quit, as demanded by the insurgents.

The Libyan leader yesterday ruled out talks with the rebels, casting doubt on a flurry of diplomatic efforts to end the conflict.

The European diplomat said that under the transition proposal, Gaddafi would have to step down, but rather than being a precondition it would be part of the process.

As soon as the transitional authority was created and Gaddafi no longer had control of the security forces, Libyans in Tripoli would no longer fear him and at that point his rule would in effect end, the diplomat said.

He added Gaddafi would accept such a transition only if he had guarantees on his personal fate, and so would not immediately be handed to the International Criminal Court at The Hague, which has issued a warrant for his arrest for crimes against humanity allegedly committed by his security forces.

Gaddafi and his sons would be excluded from the transitional authority, the diplomat said, since the rebels would never accept such a role for Gaddafi family members. 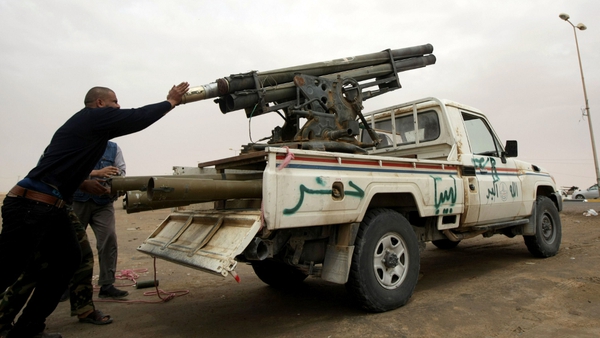