The Health Service Executive has said 191 junior hospital doctor posts around the country are vacant.

The number is higher than the figure of around 150 issued by the HSE a week ago.

Chief Executive Cathal Magee said 300 doctors from Pakistan and India have applied for visas and 128 have already arrived in Ireland.

They will have to meet new Medical Council registration rules before being allowed to work.

According to the HSE Our Lady of Lourdes Hospital in Drogheda has the largest number of junior doctor vacancies with 43 vacant posts.

It is followed by the Mid West Regional in Limerick with 21 vacancies and Letterkenny General with 13 vacant posts.

The three midland hospitals of Mullingar, Tullamore and Portlaoise have 15 vacancies each.

Other hospitals with a large number of vacancies are Our Lady's Hospital Navan, with 11, and Mayo General with eight.

In his first appearance before the Joint Oireachtas Committee on Health and Children, Mr Magee said the demand for services continues to grow and the HSE cannot meet this demand.

He said the budget for demand-led services was €58m short and €50m short for primary care.

Earlier, the Minister for Health told the Committee that due to the difficult financial situation, further cuts in health spending will be needed over the next three years.

Dr James Reilly said if spending was to continue unchecked, health would need €37bn a year by 2020 and warned that some very difficult years lay ahead.

On the future for smaller hospitals, Mr Magee said the HSE was required to implement the HIQA recommendations on safety.

He also said that some work, like day surgeries and certain treatments for medical patients, would be transferred from larger hospitals to smaller hospitals, to ensure that large regional hospitals have the capacity to cope with more complex cases referred to them. 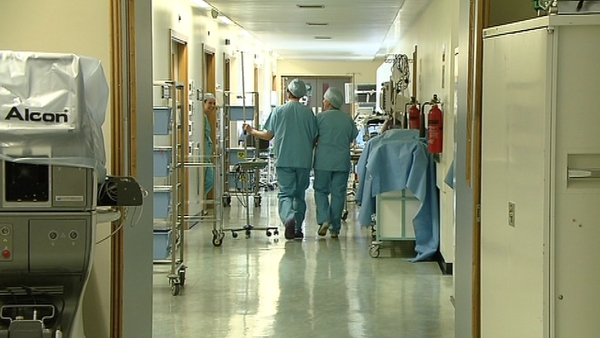