There has been a 22% increase in complaints against doctors, according to a new report from the Medical Council, which polices doctors' conduct.

There were 12 complaints for a failure to attend a patient and ten complaints were for alcohol or drug abuse, or irresponsible prescribing.

The council decided there was no case for holding a full inquiry in 83% of cases.

Council Chief Executive Caroline Spillane said the number of complaints is likely to increase in future, as people become more aware of the council's activities, particularly with inquiries now held in public.

According to its annual report, on average one in every 49 doctors on the register was the subject of a complaint last year, however Irish people are less likely to complain about a doctor than people in Britain.

A higher proportion of complaints are made against GPs, obstetricians and gynaecologists, psychiatrists and surgeons.

It now takes around an average of 16 weeks between the receipt of a complaint and a decision from the preliminary proceedings committee on whether a full inquiry is warranted.

The council also monitored the health of 21 doctors last year, who were referred to its Health Sub Committee, for alcohol or drug addiction, mental or physical illness or infectious diseases.

Over 18,700 doctors are registered with the Medical Council to practice medicine in Ireland, with 23 having conditions attached to their continued practice.

The Irish Medical Organisation has said the standard of medicine in Ireland is very high and doctors work hard to maintain those standards.

Professor Sean Tierney, former president of the IMO, said the number of complaints to the Medical Council reflects the fact that people are not happy with the service they are getting, or worse still, they cannot access services.

He said the obvious place to complain to was the Medical Council as it is always clear who a patients' doctor is.

Prof Tierney said it was more difficult to complain to the HSE, as patients did not know where to go or did not always get a satisfactory response when they complained.

Campaign group Patient Focus says it has concerns about openness in relation to the workings of the Medical Council's preliminary proceedings committee.

The group says it receives between 400 and 500 complaints a year and most relate to complaints about the competence or attitude of doctors.

It reports problems in accessing records in relation to doctors working in private facilities.

The organisation has welcomed the publication of today's statistics and said that the council is now engaging with the public in a way that was unheard of ten years ago. 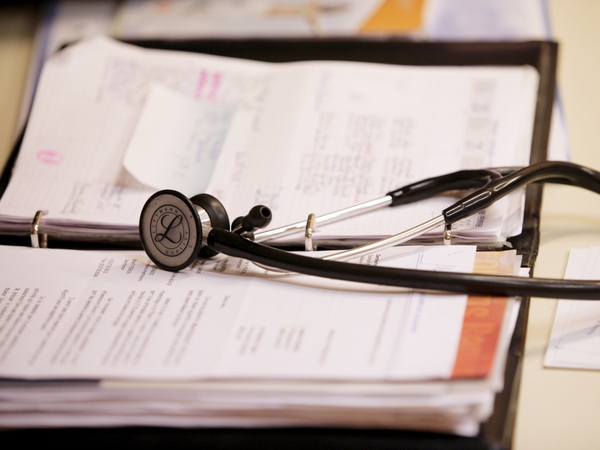 Cost of doctor visits may come down