A planning application for the new national Children's Hospital has been submitted to An Bord Pleanála.

It follows the recommendation from an independent review group earlier this month that the hospital should be built on a site near the Mater Hospital in Dublin.

A final decision on proceeding with the development of the €650m facility is not expected until later this year.

Minister for Health Dr James Reilly ordered the independent review after he took office and the project took another step forward when the application was lodged with An Bord Pleanála under the Strategic Infrastructure Act.

The Development Board says it has identified measures to address many of the concerns about access, including a four-lane access road in front of the hospital and an underground car park.

Chief Executive of the board Eilísh Hardiman said that today was an 'important milestone' in the delivery of the hospital.

She said: 'We have worked hard over the last two-and-a-half years in developing plans for a world class children's hospital that will be a legacy to our children.'

A website has been set up where members of the public can view the planning application and Environmental Impact Statement.

Submissions on the application can be made to An Bord Pleanála for seven weeks.

However, the Government has already indicated that a final decision on proceeding with the development of the hospital will not be made until after its overall review of capital spending is completed in September.

The Government has indicated that it will not fund the entire €650m cost of the hospital, with the previous Government pledging €400m.

The hospital will have to source over €100m from philanthropic sources.

He succeeds Denis Naughten, who resigned after losing the Fine Gael whip when he voted against the Government over cutbacks at Roscommon Hospital. 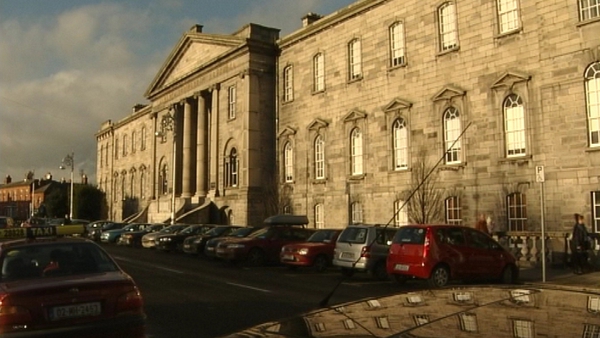