Minister for Justice Alan Shatter has said that the gardaí informed the health board at the time of the conviction of a school caretaker in a Co Donegal rape case and expressed concerns about his continued employment to the school's owner.

Mr Shatter also said in a statement that preliminary information he had received from the gardaí indicated that the owner of the school in question was in court for the case, and that a member of the force subsequently expressed concerns about the individual continuing to work there.

The Justice Minister said what he called 'this clarification' made it all the more necessary for those who chose to continue his employment to explain themselves.

Mr Shatter said it was unacceptable that Michael Ferry from Carrick Boyle, Gweedore, continued to work at a local school and have access to vulnerable children, despite a conviction in 2002 for sexual assault.

The minister now wants an explanation of how the convicted man continued to be employed at Ard Scoil Mhuire in Derrybeg.

He said it 'starkly illustrated' the necessity for those in management positions in the education sector to comply with guidelines for the care of children.

A director of Scoil Colmchoille, the Irish College that operates at Ard Scoil Mhuire, in Derrybeg, in Donegal said today a formal statement from the school in relation in Michael Ferry will be issued before the weekend.

Donal O'Lionsigh told RTÉ News that Michael Ferry had ‘no employment contract as such’.

He also said there were ‘no little children attended the courses’ run over the summer.

Among those who attend the Irish courses run at the college are teacher training students.

The Health Service Executive has released a statement saying it is ‘reviewing its involvement in relation to the case of Michael Ferry to establish that all appropriate actions were taken both by the former North Western Health Board and the HSE.

‘This review will be carried out in line with the HSE's National Incident Management Policy.’

The young man described his shock when he learned that Ferry was still working around children on a daily basis.

He said he was happy enough that Ferry was convicted for what happened to him in 1985 and 1986, even though he had received only a suspended sentence.

But he said a while later he heard that Ferry was still on a school bus in the same local parish. He said people knew about it but nobody was really doing anything. He said he was livid because people knew what Ferry had done and here he was still with access to children.

The victim said Ferry was ushering children on and off the bus.

He said the sex offenders 'register' was a joke. He said no one really has access to find out who is doing what and where they are doing it.

He said he does not assign the main blame on the local gardaí, whom he said were as shocked as he was when they found out Ferry was still in the school.

The victim paid tribute to the four young men who were involved in the most recent case against Ferry.

He said they have got Ferry in jail now so he can not do it to anyone else. He said they faced a long road ahead, but he urged them to communicate with those around them.

56-year-old Ferry was given an 18-year prison sentence at the Central Criminal Court yesterday for raping and assaulting four young men between 1990 and 2005.

The court heard he had pleaded guilty to two counts of indecent assault in 2002, but had returned to work at the school.

According to information from the Department of Justice, there is no such thing as a sex offenders 'register'.

There is a list of sex offenders held at Garda Headquarters.

Once a person is registered as a sex offender it is up to them to disclose certain information to their local gardaí, such as their address, which is then passed on to headquarters.

Under the 2001 Sex Offenders Act, offenders are required to disclose their convictions when applying for a job working with children. Failure to do so carries a prison sentence of up to five years. 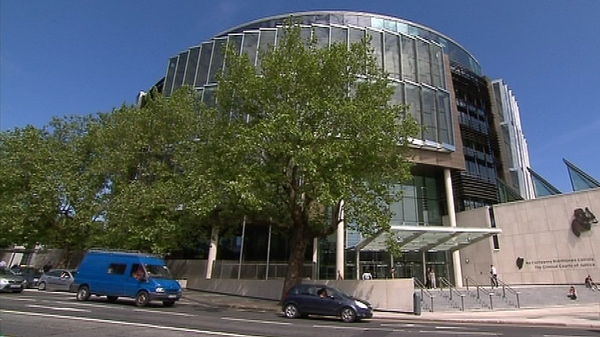