Pamela Izevbekhai and her daughters Naomi and Jemima have been deported.

The move follows the failure of a long legal battle by the Nigerian woman and her two daughters, who had fought to remain in Ireland.

It is understood that Pamela, Naomi and Jemima Izevbekhai were arrested in the Globe House asylum seekers centre in Sligo at about 1.30am.

The family were then brought to Dublin Airport where they were put on a commercial flight to Amsterdam at about 5.30am.

It is understood that in Amsterdam they subsequently boarded another flight bound for Lagos in Nigeria.

Mrs Izevbekhai had sought asylum on the grounds that her daughters would be subjected to female genital mutilation if they returned to Nigeria.

But the documents on which she based her case were found to be forged. When she recently lost a case at the European Courts of Human Rights it was clear that she had exhausted all avenues to secure permission to remain in Ireland.

It is understood the deportations were on foot of an order signed by the then Minister for Justice, Michael McDowell, in November 2005.

Ms Izevbekhai's solicitor said he was taken by surprise by this morning's deportation.

Matthew Ezeani said she was disappointed with the outcome of her recent challenge at the European Court of Human Rights as she had been fighting the case for a number of years and was passionate about her cause.

He said he had yet to speak to his client following today's deportation. 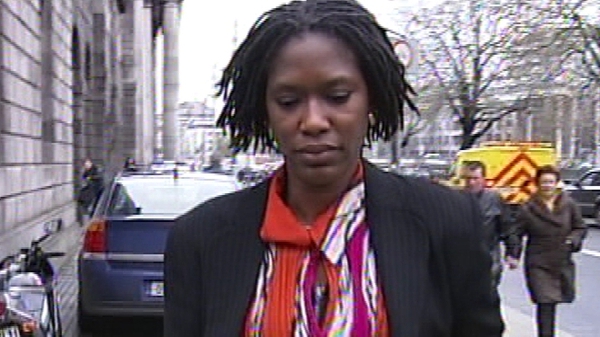