The receivers to Superquinn have dismissed IBEC's €100m estimate of outstanding debts to trade creditors as 'grossly over-stated'.

Kieran Wallace and Eamonn Richardson of KPMG say that at this stage they estimate that the figure is approximately €25m.

They said it is absolutely the best outcome for them that a deal happened in this manner.

The receivers pointed out that the deal involves an Irish company, Musgraves, and will secure their future trading.

They say that they have already communicated with over 60% of their suppliers - and that all suppliers will continue to support Superquinn and supply the business from today.

Fears for the future of creditors and suppliers have been voiced by employer groups IBEC and ISME, the Irish Farmers' Association and Irish Creamery Milk Suppliers Association.

Speaking on RTÉ's Morning Ireland, IFA President John Bryan also expressed concern that producers would be squeezed for lower prices as a result.

This morning, it was announced that Musgraves is to buy the supermarket chain following the appointment of a receiver to it yesterday.

Retail groups have given a cautious welcome to the buyout, which is subject to regulatory approval from the Competition Authority.

Should the deal be finalised, Tesco, Musgraves and Dunnes would control 70% of the grocery market here.

The Mandate trade union, which represents retail staff, has given the buyout a cautious welcome, but urged the new owners to ensure the security of all jobs in the chain.

The deal will save the jobs of 2,800 employees who will transfer to the new company on their existing employment terms.

The receivers were appointed by a syndicate of banks including Bank of Ireland, AIB and National Irish Bank.

It is understood the Superquinn chain has debts totalling around €400m.

Musgrave also owns the Centra and SuperValu chains. The Dundalk outlet, known as Carroll Village Supermarket, will be sold independently.

Independent Senator Feargal Quinn - who established the Superquinn supermarket brand in 1960 - has welcomed the sale of the chain to Musgrave's.

Addressing the Seanad, Senator Quinn said he was pleased the chain was being placed in the hands of another Irish family business.

He said he was confident the jobs of the 2,800 employees would be secured and that the suppliers would continue to supply the company.

Senator Quinn's family sold the supermarket chain in 2005 to a conglomerate of private investors.

The Senator also expressed concern about the purchasing policies of companies outside Ireland, which he said did not always support Irish producers.

He said proposed legislation putting regulatory control on the purchasing policies of retailers would not apply to those based outside Ireland.

Senator Quinn said it would put a constraint on the ability of Irish retailers to negotiate the best deals they can with suppliers.

He suggested a voluntary code of practice as a way around the problem. 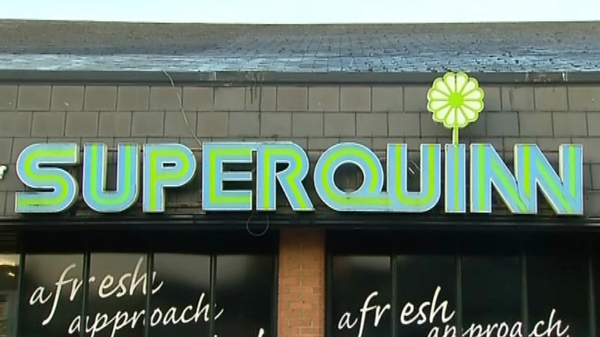