Launching the Children First Guidelines 2011, which are to be put on a statutory basis, Minister Fitzgerald said it must be ensured that no child ever suffered again.

Minister Fitzgerald praised the work done to care for children, but added that numerous scandals have shown that the State has failed in many cases in its duty of care.

'These people already implement Children First in full, understand their duties and do not need legislation to keep children safe.'

However, the minister said that reports such as the one into clerical abuse in the Diocese of Cloyne 'cumulatively shine a light on horrific episodes from our past, and indeed from our very recent past, where as a State and society we failed in our moral duty to cherish and protect our nation's children.

'My role as minister is to seek that never again will these evils be countenanced,' she added.

'I want the message to go out that it is absolutely critical that if somebody has, on good faith, reasonable concerns over the abuse or neglect child then those concerns must be reported to the relevant authorities and to this end statutory reporting requirements will be addressed as one aspect of the proposed new Children First legislation.'

Garda Assistant Commissioner Derek Byrne said gardaí were committed to working in partnership and collaboration with the HSE and other departments and agencies to achieve the aims and objectives of the guidelines.

Barnados has also welcomed the publication of the guidelines.

'Now is the time to get the show on the road, so to speak', the organisations' Director of Advocacy, Norah Gibbons, said.

'This Guidance is a progressive piece of national policy that hopefully demarcates Ireland's move from the past towards a positive future in relation to child welfare and protection.

'What is needed to take the next step in child welfare and protection is clear leadership and commitment to reform across the system,' she added.

One in Four, the abuse survivors support agency, said it was pleased that it included a strong commitment to investigating historic allegations of abuse.

However, the group's Executive Director Maeve Lewis called on the Government to ensure the resources were put in place to implement the protocols in practice.

The Cloyne Report, which was published this week, showed that the church failed to protect children from abusive priests in the diocese from 1996 up to 2009. 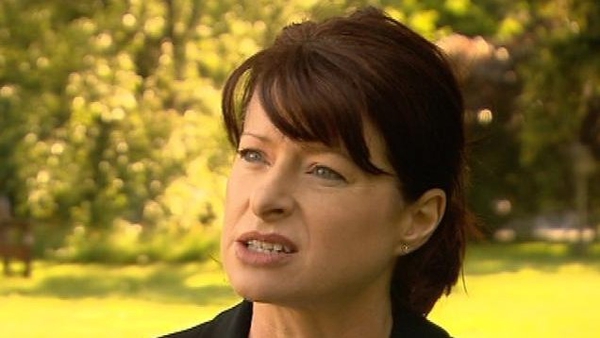 Increase in complaints to Children's Ombudsman