A Co Donegal woman, who was sexually abused by her Irish dancing teacher for seven years, has said she hopes the authorities in Irish dancing circles will take all necessary steps to protect the children under their care.

41-year-old Dana Doherty, from Letterkenny, made her comments after the Supreme Court ruled the people involved in her case could be identified publicly.

The High Court awarded Ms Doherty €400,000 earlier this week after finding her former teacher, Michael Quigley from Barnhill Park in Letterkenny, had sexually abused her.

In his judgment on Tuesday, Mr Justice Sean Ryan found well-known Irish dancing teacher Quigley had sexually abused Ms Doherty from 1982 to 1989 when she was between 12 and 19 years old.

Two juries at Letterkenny Circuit Criminal Court failed to agree on verdicts when he was charged with 24 counts of indecent assault in 2000 and 2007.

He ruled Mr Quigley's evidence was inconsistent and unconvincing.

The judge drew attention to differences between what Quigley told gardaí in 1993 and what he told the High Court this year. And he said some of his answers to the gardaí were 'very peculiar'.

Two other former students also gave evidence and the High Court found that he had also 'interfered' with them.

In a statement read by her solicitor, Ms Doherty said she had been telling the truth through the legal system since 1993.

She said the judgment of the High Court had vindicated her position entirely.

She said it was her hope that the judgment would help to ease her pain and that of her family and friends.

Ms Doherty said she hoped that on hearing her story, the relevant authorities in Irish dancing circles would ensure all necessary steps were taken to protect the children under their care.

In taking this action she said she had at last had her voice heard.

She said she was grateful to the two other women who had come forward to corroborate her evidence.

Now that the truth had finally come out, she said her hope was that she could let go of her painful past and look forward to the future.

She thanked her fellow dancers, medical advisers and her partner, Fintan.

Her solicitor Brian Gill said that it is said justice delayed is justice denied, but thankfully not on this occasion.

He said justice came calling late in the day, but it had arrived.

Mr Justice Ryan ruled that an immediate payment of €50,000 should be paid to Ms Doherty.

He put a stay on the rest of the payment pending an appeal by Mr Quigley to the Supreme Court.

Lawyers for Mr Quigley told the court he was a retired man of no means and no money. But lawyers for Ms Doherty said this was because he had transferred two houses into the sole name of his wife in recent years.

Ms Doherty has been diagnosed as suffering from severe post traumatic stress disorder. 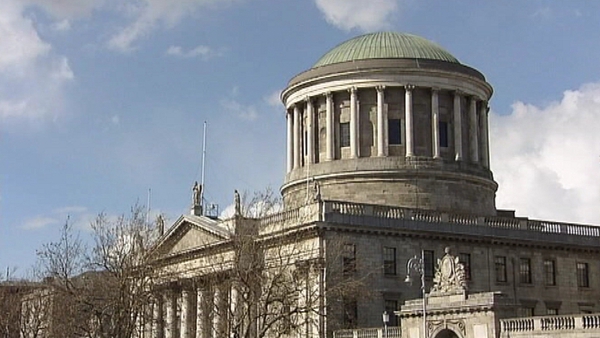