The former head of the International Monetary Fund, Dominique Strauss-Kahn, has been released without bail following a brief hearing in New York amid reports that the case against him is close to collapse.

The court said US officials would retain his travel documents.

The 62-year-old French politician has been under house arrest in Manhattan since being charged with sexually assaulting a hotel maid on the 14 May.

The arrest forced his resignation from the IMF and ended his French presidential hopes, weeks before he had planned to declare his candidacy.

His appearance came as US media reported that prosecutors now doubt the credibilty of the 32-year-old woman who made the allegation.

'The credibility is in question,' a source, speaking on condition of anonymity, told Reuters.

Mr Strauss-Kahn was a leading candidate for the French presidency when he was arrested.

The New York Times said prosecutors had met Mr Strauss-Kahn's lawyers and the parties were discussing whether to dismiss the charges.

Mr Strauss-Kahn's lawyer Benjamin Brafman said yesterday that his client would go back to court in New York today to seek changes to his bail conditions.

'Indeed, Mr Strauss-Kahn could be released on his own recognisance, and freed from house arrest, reflecting the likelihood that the serious criminal charges against him will not be sustained.'

'The district attorney's office may try to require Mr Strauss-Kahn to plead guilty to a misdemeanour, but his lawyers are likely to contest such a move.'

Mr Strauss-Kahn resigned from the IMF on 19 May and pleaded not guilty on 6 June, vehemently denying the allegations. He faces up to 25 years in prison if convicted.

The New York Times quoted what it said were two well-placed law enforcement officials as saying that although forensic evidence showed there had been a sexual encounter between the French politician and the maid, the accuser had repeatedly lied.

It said that prosecutors had discovered issues involving the asylum application of the 32-year-old housekeeper, who is Guinean, and possible links to criminal activities, including drug dealing and money laundering.

The paper added that prosecutors' investigators had discovered the woman had had a phone conversation with an incarcerated man within a day of her encounter with Mr Strauss-Kahn in which she discussed the possible benefits of pursuing the charges against him. The conversation was recorded.

It added that the man, who had been arrested on charges of possessing 180kg of marijuana, was among a number of individuals who had made multiple cash deposits, totalling around $100,000, into the woman's bank account over the last two years.

From the start, the case hinged on the purported victim - a Guinean immigrant and hotel maid who cleaned the $3,000-a-night suite at the Sofitel hotel.

Prosecutors presented her case before a grand jury, saying Mr Strauss-Kahn had emerged naked from the bathroom, chased her down the hall and tried to force her to perform oral sex on him. He was indicted.

Now 'prosecutors do not believe much of what the accuser has told them about the circumstances or about herself,' the New York Times reported. 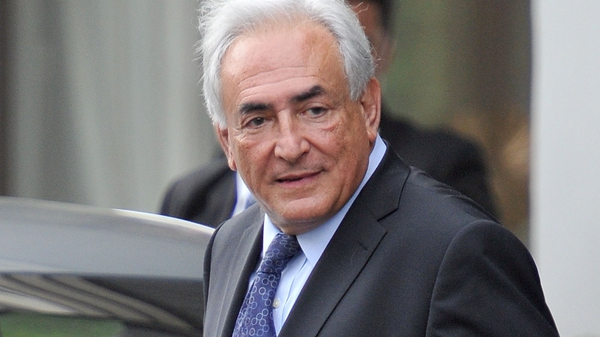