The Food Safety Authority of Ireland has warned Irish consumers not to eat raw beansprouts.

A second outbreak of E coli poisoning is thought to be associated with the vegetable in France.

Professor Alan Reilly of the FSAI has said that until the exact source of the outbreak is known, Irish consumers should not eat raw beansprouts and caterers should not serve them.

At least two people suffering from E coli in the French city of Bordeaux have the strain that caused scores of deaths in Germany, French authorities said, and they halted sales of vegetable seeds from a British gardening firm.

The firm, Thompson & Morgan, based in Ipswich, said it did not believe its seeds were the cause of the outbreak.

French authorities say six of the people hospitalised in Bordeaux ate sprouted salad vegetables grown from seeds at a leisure centre in the Bordeaux suburb of Begles.

The suburb's mayor, Noel Mamere, said the seeds had been bought from a local shop, whose entire stock had since been seized.

The French commerce ministry said the seeds at the shop were supplied by Thompson & Morgan.

While awaiting the results of analyses, the government had
instructed the consumer authority ‘to ask sellers of fenugreek, mustard and rocket seeds coming from supplier Thompson & Morgan to suspend the sale of these products without delay,’ it said.

‘The link between the symptoms and consumption of these seeds has so far not been definitively established,’ the ministry added in a statement issued yesterday.

The company said it had sold hundreds of thousands of packets of sprouting seeds to home gardeners in Britain and Europe without any problems.

Ten E coli cases have been detected in Bordeaux and seven people were still hospitalised as of yesterday.

Regional health official Patrick Rolland said initial tests on two of the patients showed that both had the same E coli strain as that which caused nearly 40 deaths mostly in Germany this year.

Health authorities in Germany have linked the epidemic there to contaminated bean sprouts and shoots from a German organic farm sold to consumers and restaurants for eating in salads.

French health authorities have said there did not appear to be any link between the cases in Bordeaux and an outbreak last week of E coli infections near Lille, in northern France, that made eight children ill. 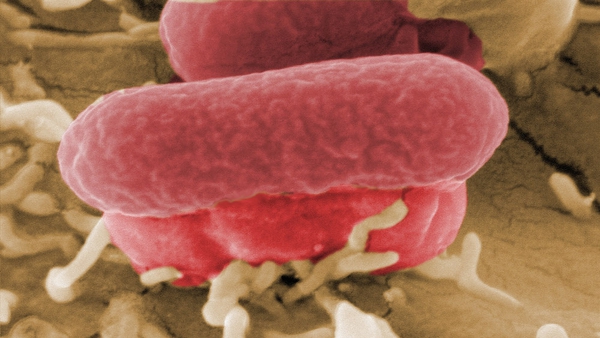