A house in Co Kerry has been identified as having one of the highest concentrations of the cancer-causing radon gas ever detected in Europe.

The house is located in the Castleisland area and has an average radon concentration that is 185 times greater than what is deemed to be safe.

It was found during a nine-month survey by the Radiological Protection Institute, which also identified 800 homes across the country well above the safe limit.

Dr Ann McGarry said all houses should be tested for radon, especially those in high radon areas.

She said that since radon testing began here less than 1% of homes have been checked.

Radon is a naturally occurring colourless, odourless, tasteless gas that originates from the breakdown of uranium contained in rocks and soils.

However, radon becomes a significant health hazard when it builds-up under homes as the radioactive gas is the greatest cause of lung cancer in Ireland after smoking.

In the latest finding, the house in the Castleisland area had an average radon concentration of 37,000 becquerels per cubic metre, when 200 becquerels is the safe limit.

The dwelling is located only a few kilometres away from the highest ever Irish reading - a house with an average concentration of 49,000 becquerels, in which three people died of lung cancer.

These readings will increase the pressure on the Government for all Irish homes to be tested for the gas, which kills up 200 people each year. 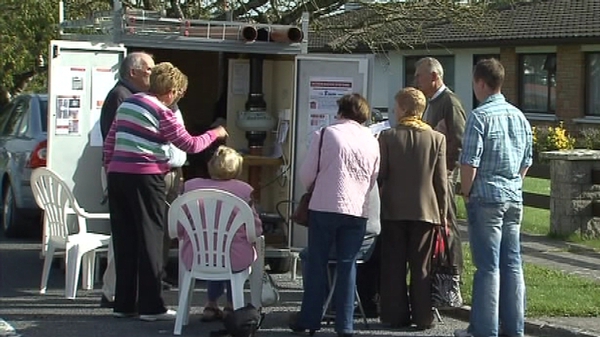