Customs officers in Cork have seized 10m cigarettes on board a vessel that arrived from Malaysia.

The cigarettes are believed to have a retail value of €4.2m and would have represented a loss to the Exchequer of €3.5m.

They were concealed in a container labelled as 'paper stationery'.

Custom officers said it is the first time the 'Club 88' cigarettes, which were manufactured in Malaysia, have been seized in Ireland.

So far this year, 54m cigarettes have been seized in Ireland. 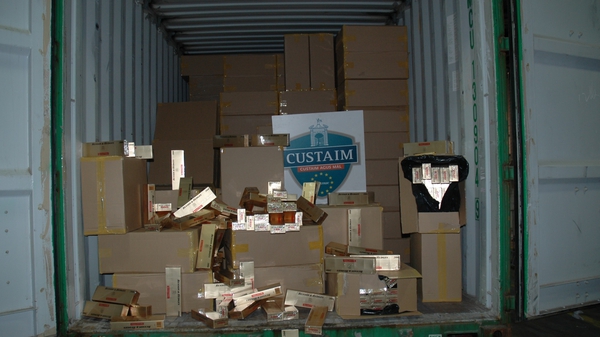