Minister for Finance Michael Noonan continued his visit to the US with a meeting with private investors in New York.

The Minister discussed the eurozone debt crisis and Ireland's potential re-entry into the bond markets.

Some of the investors that Mr Noonan met are interested in buying the US loan book of Anglo Irish Bank.

Anglo still has a substantial business in the US - about $10bn (€6.95bn) - and while some of the loans are delinquent, many are still performing well.

Selling off the loans to US buyers would take some pressure off NAMA, which is understood to have set up the meetings in New York.

He is also due to meet financiers, who may be considering Irish investments, as part of a four-day trip that includes 15 full meetings.

There will be meetings with the most senior people in the IMF in Washington, including acting Managing Director John Lipsky, as well as US Treasury Secretary Timothy Geithner. 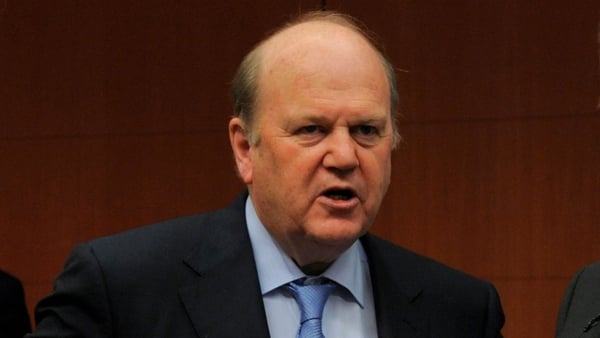