Israeli troops fired at demonstrators in Syria who rushed toward the border fence in a protest against Israeli occupation, and Syrian state television said 18 were killed.

Israel Radio said a large number of people were hurt when an anti-tank mine was detonated by a brush fire at Quneitra, another protest venue near the border.

Israel's chief military spokesman, Brigadier-General Yoav Mordechai, said troops had opened fire but he could not confirm any casualties. He described Israel's response as 'measured, focused and proper'.

Hours before the violence flared, Prime Minister Benjamin Netanyahu said he had ordered Israeli forces to act with restraint, but with determination, to prevent any border breach.

'To my regret, today there are extremists around us trying to breach our borders, and threaten our towns and citizens. We will not allow this,' Mr Netanyahu told his cabinet.

Israeli security forces are on high alert ahead of demonstrations called by Palestinian activists on the 44th anniversary of the 1967 Six-Day War.

Activists in Israel, the West Bank, Gaza and neighbouring Arab countries have urged demonstrators to storm Israeli checkpoints and borders on the anniversary in a repeat of protests last month.

On 15 May, thousands of protestors massed on Israel's borders with Syria and Lebanon, and Gaza, trying to force their way across on the anniversary of Israel's creation.

Palestinians mourn the occasion as a Nakba or ‘catastrophe’ for the tens of thousands of Palestinians who fled their homes or were expelled in the fighting that followed Israel's declaration of independence.

At least 10 people were killed in the Nakba Day protests, when Israeli troops opened fire on demonstrators. But hundreds of people still managed to breach Israel's border with Syria, streaming into the occupied Golan Heights.

Ahead of the anniversary, the army deployed extra troops along the Lebanese border as well as along the ceasefire lines in the Golan Heights.

Troops were also ramped up along Israel's frontier with Gaza and in the West Bank, Israel's army radio said.

Israeli troops were seen this week reinforcing their side of the Lebanese border with new barbed wire.

Security sources said troops were also digging ditches in a bid to strengthen the border, and Israeli military radio reported that weekend leave had been cancelled for troops in potentially affected areas.

The measures came despite news Friday that the Lebanese army had issued a ban on all demonstrations along the border with Israel, forcing activists to apparently cancel their planned protests there.

‘The Israeli police have also reinforced their positions, particularly in east Jerusalem and the north of the country,’ he said. 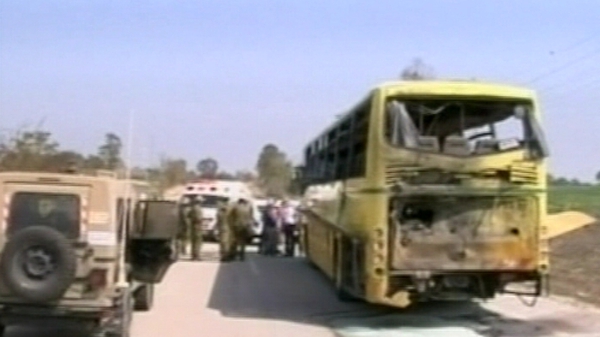