Taoiseach Enda Kenny has ruled out any restructuring of Ireland's debt and has said that Irish debts will be paid.

The Government is not looking for further time to repay debts, he said, adding that the country would meet the conditions set out in the European Union / International Monetary Fund deal.

Speaking in Co Kildare, he said the Government would continue to look for improvements to the package currently in place. Changes have already been made on the deal, he added.

He said when people use the word 'restructuring', what they mean is debt not going to be paid, or a longer period going to be used.

He said Ireland will not be restructuring in what he called 'that definition'.

He also said he would like to see a European in charge of the International Monetary Fund.

Asked about Government support for Christine Lagarde in her bid to be head of the IMF, Mr Kenny said she has an understanding of the challenges facing Ireland and the European Union.

Ms Lagarde also knows what Ireland is doing to respond to those challenges, he said.

Mr Kenny said that Ireland's voting rights in respect of the IMF director's position amounts to around 0.5%.

Asked about the French position towards Ireland on the bailout arrangements, Mr Kenny said the position of the French government is known and understood. 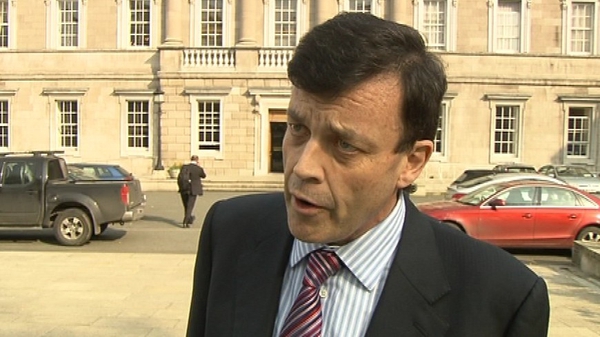