Thousands of people have paid their respects to former Taoiseach Garret FitzGerald at the Mansion House in Dublin.

The removal to the Sacred Heart Church in Donnybrook too place this evening.

The President, the Taoiseach, members of the Cabinet and the judiciary joined the FitzGerald family at the church.

The State funeral takes place tomorrow with mass at 2.30pm before burial at Shanganagh Cemetery.

This morning, Dr FitzGerald's children and some of his grandchildren accompanied the coffin to the Mansion House so that the public could bid farewell to the former statesman.

The former Taoiseach died this week in a Dublin hospital after a short illness.

An estimated 20,000 filed past the open coffin in the Oak Room of the Mansion House.

Among those present this morning was US Ambassador to Ireland Dan Rooney.

The Mansion House saw the beginning of modern Irish democracy and today provided a chance for the Irish public to say goodbye to the former Taoiseach.

Books of Condolence were available for people to sign at the Mansion House and Fine Gael Headquarters on Mount St.

The Book of Condolence at Cork Civic Offices will be available to sign from Monday morning until close of business on Friday.

RTÉ will have live coverage on Television, Radio and Online of the State Funeral of Dr FitzGerald on Sunday.

Bryan Dobson will present special coverage of the proceedings starting at 2pm on RTÉ One.

Eileen Dunne and John Bowman will provide commentary on the Funeral Mass in the Sacred Heart Church in Donnybrook.

At approximately 3.45pm, the funeral cortege will proceed to Shanganagh Cemetery in Shankill, where Dr FitzGerald will be laid to rest alongside his wife Joan with full military honours.

David Davin-Power will provide commentary from the cemetery.

RTÉ Radio 1 will carry a series of live transmissions and features dedicated to the memory of Dr FitzGerald.

At 2.15pm there will be live coverage of the funeral service, with commentary by Olivia O'Leary and Cathal Mac Coille. Later, Gavin Jennings will present coverage of the burial and graveside oration.

Dr Fitzgerald's State funeral will also be covered live on RTÉ News Now with further news updates available throughout the day on rte.ie. 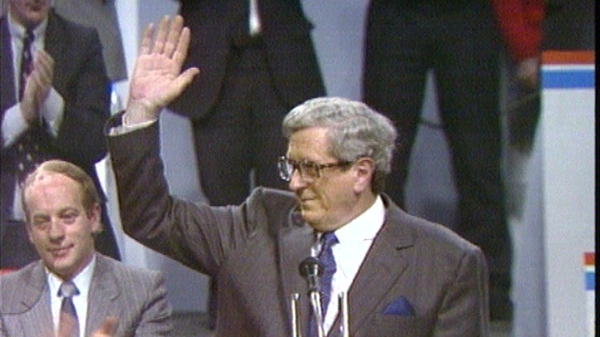