A State Funeral is to be held this weekend for former Taoiseach Garret FitzGerald. The 85-year-old died yesterday following a short illness.

The remains of Dr FitzGerald will lie in repose at the Mansion House in Dublin tomorrow from 11am until 7pm.

Members of the public will have an opportunity to file past the coffin and sign of Book of Condolence prior to the removal to the Sacred Heart Church in Donnybrook.

Following a service there at 8pm on Saturday evening, there will be a further opportunity for members of the public to file past the coffin and to offer their condolences to the family until 10.30pm.

The funeral mass takes place at 2.30pm on Sunday, with burial afterwards at Shanganagh Cemetery.

The cortege is expected to arrive at the cemetery around 4.30pm.

Warm tributes from at home and abroad have been paid to the late Dr Fitzgerald.

His contribution to public life, and in particular his role in the peace process and his pursuit of a more pluralist Ireland, was singled out for praise.

A Book of Condolence has also been opened in the Civic Offices at City Hall in Cork city.

Meanwhile, Bono has paid tribute to Dr FitzGerald who he struck a friendship with in the early days of U2.

The Dubliner who is in the US preparing for the next leg of the band's latest tour said he felt pride when Mr FitzGerald led the country.

Bono said he was a gentleman who followed the rules while others did not.

'He rebranded Ireland with his grace and intellect. I remember feeling very proud that he was our leader,' he said.

He met Mr Fitzgerald 30 years ago when they shared a flight from London to Dublin and stayed in touch in the following years.

Bono also invited the politician to a photo session in the early 1980s and the future Taoiseach sat at the mixing desk of a 24-track modern recording studio.

The star added: '(He was) a class act, cut crystal, diamond mine of information, statistics, the detail of people's lives, that he so cared about.'

RTÉ will have live coverage on Television, Radio and Online of the State Funeral of Dr FitzGerald on Sunday.

Bryan Dobson will present special coverage of the proceedings starting at 2pm on RTÉ One.

Eileen Dunne and John Bowman will provide commentary on the Funeral Mass in the Sacred Heart Church in Donnybrook.

At approximately 3.45pm, the funeral cortege will proceed to Shanganagh Cemetery in Shankill, where Dr FitzGerald will be laid to rest alongside his wife Joan with full military honours.

David Davin-Power will provide commentary from the cemetery.

RTÉ Radio 1 will carry a series of live transmissions and features dedicated to the memory of Dr FitzGerald.

At 2.15pm there will be live coverage of the funeral service, with commentary by Olivia O'Leary and Cathal MacCoille. Later, Gavin Jennings will present coverage of the burial and graveside oration.

Dr Fitzgerald's State Funeral will also be covered live on RTÉ News Now with further news updates available throughout the day on rte.ie. 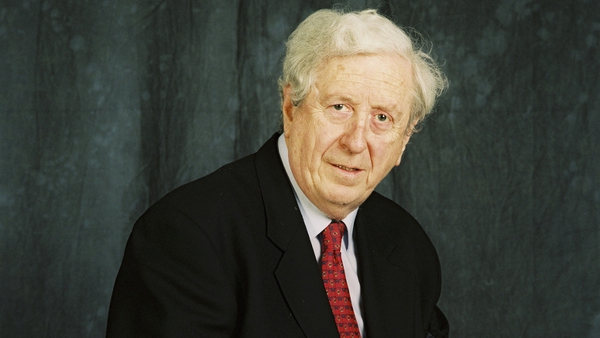