Minister for Finance Michael Noonan has said Ireland is not currently looking for a rescheduling of Ireland's EU/IMF bailout.

Arriving at a two day meeting of eurozone and EU finance ministers in Brussels, Mr Noonan said the Government was concentrating on securing a lower interest rate for Ireland, although he did not expect any significant developments on the issues over the next two days.

He said he expected the Portuguese bailout to be formally agreed at the meeting and acknowledged that Portugal could be given a lower interest rate than that paid by Ireland, but he said the Government would continue to make the case for a lower rate.

When asked why the French government had taken an apparently tougher line on Ireland's corporate tax rate Mr Noonan said that the EU was a community of 27 countries.

‘Everyone has a position. It's the European way of doing business,’ he said.

Mr Noonan said he would make the Government's position known at the meeting on the candidacy of Italy's Mario Draghi to succeed Jean-Claude Trichet as head of the ECB.

When asked if he supported Mr Draghi, currently the governing of the Italian Central Bank, Mr Noonan said, ‘he is the only candidate so far’.

The Government is not expecting any major breakthrough on the terms of Ireland's European Union-International Monetary Fund rescue package.

However, the agenda is likely to focus on the arrest of Managing Director of the IMF Dominique Strauss-Kahn and growing worries about the size of the Greek public debt.

It is thought unlikely that Mr Noonan will have any formal or informal bilateral meetings with any of his counterparts on the question of the terms of the Irish bailout,

However, the Irish programme is on the agenda of the meeting of all 27 finance ministers tomorrow.

The €78bn bailout package for Portugal is expected to be formally agreed over the next two days.

Meanwhile, although most countries say they will wait until the troika of the EU, IMF and European Central Bank have delivered their verdict on whether Greece is meeting the terms of its bailout, it is likely there will be intense discussion on whether a Greek default can be avoided and how.

The Government has applied to the European Commission an extension of its bank guarantee scheme for deposits over €100,000, according to a Government source.

The Government's application is to extend EU approval until the end of 2011.

Meanwhile, the IMF has approved €1.58bn in new assistance to Ireland.

A Department of Finance spokesman said the loan was the next disbursement due for Ireland under the EU-IMF programme. 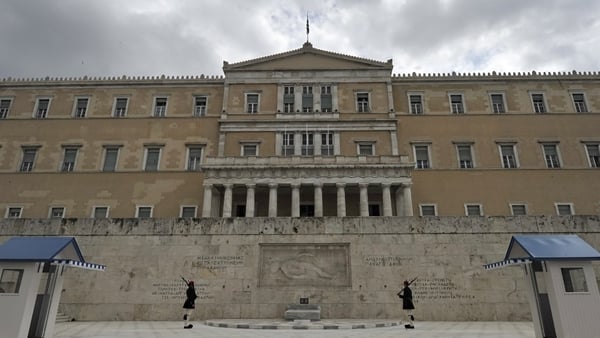