The cut follows growing doubts that the eurozone's most fragile economy can manage its debt without imposing losses on private bondholders.

One year into an international bailout, Greece is struggling with weak revenues and a deep recession.

This has increased speculation that even a more lenient rescue deal with the European Union and International Monetary Fund will not be enough to pull it out of its fiscal problems.

'In our view, there is increased risk that Greece will take steps to restructure the terms of its commercial debt, including its previously-issued government bonds,' the agency said in a statement, warning that more downgrades could come.

The euro hit its lowest level against the dollar in nearly three weeks today after Standard and Poor's cut Greece's debt rating to B, one notch above Pakistan's.

A senior member of parliament for German Chancellor Angela Merkel's conservatives said that a further cut in interest rates for Greece's bailout would be justified if it carries out reforms to reduce its debt risk.

Michael Meister, the deputy parliamentary chief of Ms Merkel's conservative bloc, told German radio he opposed any suggestion that Greece should restructure or give up its membership of the single currency, as one German magazine reported last week.

If Greece can reduce its debt risk 'then its partners in the eurozone could consider talking about whether to reduce interest rates further and about the repayment schedule', said Mr Meister, emphasising that first it was up to Greece to act.

A high-level team of experts from the EU, the IMF and the European Central Bank will tomorrow begin examining the measures being taken by Greece to manage its national debt.

Chairman of the eurozone's finance ministers, Jean-Claude Juncker, has said there is consensus that Greece needs a new plan and that the matter will be discussed at a meeting of finance ministers of all 17 eurozone states next week. 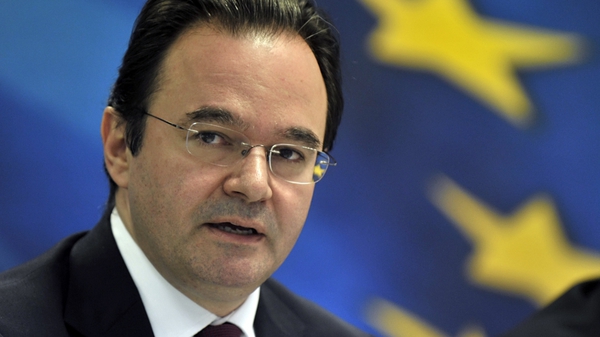