Former president Mary Robinson has completed a three-day mission to North Korea as part of a group of retired world leaders known as The Elders.

The visit was aimed at easing tensions with South Korea and pushing nuclear disarmament.

It was also intended to assess food shortages in North Korea that Mr Carter has described as 'desperate'.

Mr Carter is due to meet South Korean Unification Minister Hyun In-Taek later today before the delegation holds a press conference about its visit to the North.

The North's official news agency, which announced its departure in a one-sentence report, made no mention of any meeting with leader Kim. 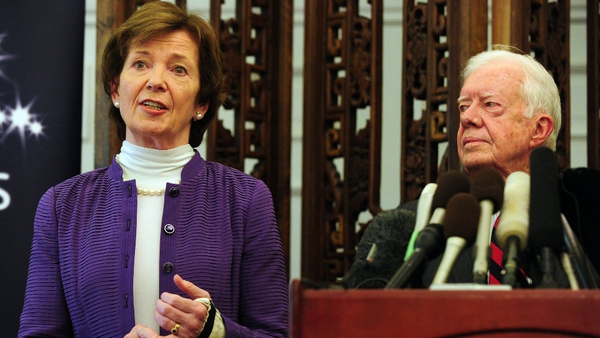