Minister for Education and Skills Ruairi Quinn has firmly ruled out lifting the public service moratorium on filling promotional posts in schools, such as those of assistant principals and year heads.

The Teachers' Union of Ireland had called on the minister to lift the moratorium as research carried out by the union showed that the loss of those teachers was leading to a rise in bullying and absenteeism.

The union said these problems went undetected in schools in the early stages.

TUI President Bernie Ruane told delegates in Tralee, Co Kerry, that doing away with posts of responsibility was a retrograde step and a cruel blow to young people.

She said school is the only safe place many young people know and their year head is the only adult who has time to relate to them.

However, Minister Quinn said that while the request to lift the moratorium was understandable, it will not be changed.

In his address, Mr Quinn said it was essential that co-operation wins over confrontation to lift Ireland out of its financial crisis.

In her response to the minister's address, Ms Ruane said that the nation was outraged to read that the AIB Chief Executive walked out after only one year at the job with a handshake of €3m after his company had recorded losses of €12bn.

She said: 'Minister it's obscene. It will be devastating for all of us if this new Government does not do something about this.'

Ms Ruane appealed to the minister not to hide behind the cloak of 'it did not happen on this Government's watch.'

She said the workers of this nation are on the point of riot when they see the difference in the way they are being treated compared to the treatment given to the so-called elite and protected among us.

Ordinary people are losing their jobs and homes, while the most the elite has lost is a clapped out BMW, she said.

Education reform dominated proceedings this afternoon at the Association of Secondary Teachers Ireland's convention in Cork.

Among the issues up for debate was the lifting of the moratorium on posts of responsibility, new teachers' pensions and the review of the Junior Certificate examination.

Earlier, delegates at the conference were told that having made the 'unpalatable' decision to sign up to the Croke Park Agreement, it is now a matter of great concern that Minister Quinn is now talking about making further savings under the four-year plan.

ASTI General Secretary Pat King voiced his concern during his address to 500 delegates in Cork on the second day of the union's annual convention.

Mr King told delegates it is a worrying time for the union.

He said there are many teachers who do not know where or if they will be working next September.

Mr King said there are thousands who bought houses at the height of the property boom who are worried about paying their mortgages next month.

He said it was a matter of great concern that Mr Quinn signalled to them yesterday that his department would be 'inviting' the teachers' unions to identify further savings.

Mr King told delegates the union would continue to campaign on the pay and conditions of new teachers, but also warned that the ASTI is in a critical state and in urgent need of restructuring.

Meanwhile, the Irish National Teachers' Organisation elected Noreen Flynn, a teacher in Dublin and a native of Kinnegad, Co Westmeath, as their new president.

A member of the INTO Executive for more than a decade, Ms Flynn was presented with the INTO President's chain in a special ceremony at the end of the union's annual congress in Sligo.

INTO delegates rejected part of a motion that could have placed them in breach of the Croke Park agreement.

They condemned cuts to resources for children with disabilities but stopped short of endorsing calls for a campaign of action potentially including industrial action. 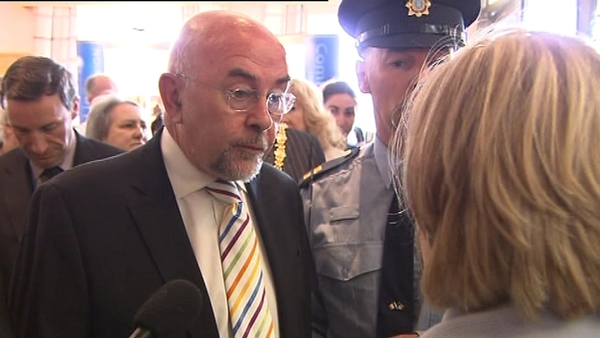