Sinn Féin President Gerry Adams has offered himself, or any member of his party, as a mediator in talks with dissident republicans.

He said: 'These people missed the revolution. The objective must be to get those groups to stop their activities if they want to get involved in republican politics and there are peaceful and democratic ways in which they can be involved.'

His comments come after thousands of people turned out in Omagh yesterday for a ‘Walk of Peace’, a week after the murder of Catholic PSNI Constable Ronan Kerr in a car bomb attack.

Yesterday, police investigating the murder were granted an extra five days to question a 33-year-old man arrested on Friday.

Two other men have been detained by detectives investigating the booby trap bomb attack that killed the 25-year-old Catholic officer.

On Friday police were given a further five days to question the other 26-year-old and 40-year-old already in custody.

Dissident republicans opposed to the peace process were blamed for the attack, and the same extremists are believed to be behind a 500lb van bomb police discovered near the border town of Newry on Thursday.

Mr Kerr was leaving his home to start work at Enniskillen police station in Co Fermanagh when he was killed. 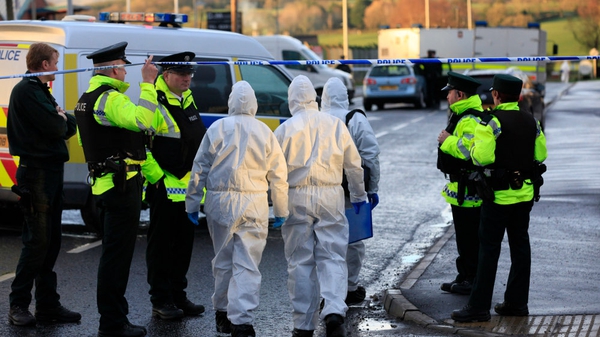