Thousands of people have taken part in a 'Walk for Peace' to mark the death of PSNI constable Ronan Kerr in Omagh, Co Tyrone.

The 25-year-old police constable was killed last Saturday when a bomb exploded under his car.

Police investigating the murder have been granted an extra five days to question a 33-year-old man arrested on Friday.

Two other men, aged 26 and 40, have been detained by detectives investigating the bomb attack and on Friday, police were given a further five days to question them.

Dissident republicans opposed to the peace process were blamed for the attack, and are also believed to be behind a 500lb van bomb police discovered near Newry on Thursday.

Mr Kerr was leaving his home to start work at Enniskillen police station in Co Fermanagh when he was killed.

His mother, Nuala, has urged young Catholics not to be deterred from joining the PSNI and described her son as a wonderful young man who loved his job.

Political leaders from both sides of the border attended the funeral of PC Kerr in the village of Beragh, Co Tyrone on Wednesday. 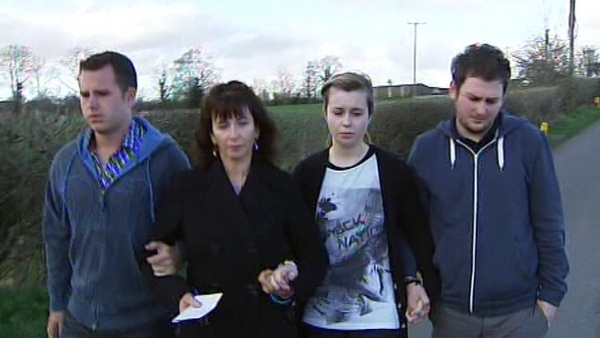 Nuala Kerr: 'Do not let the death be in vain'