Police in Northern Ireland have detained a 33-year-old man for questioning in relation to the murder of Constable Ronan Kerr last Saturday.

Tonight's arrest was made in Omagh, Co Tyrone, and brings the number of suspects in custody to three.

The PSNI released details of the latest arrest shortly after 9pm.

It was in Omagh that Constable Ronan Kerr died last Saturday afternoon when a bomb exploded under his car.

The victim was a Catholic from the village of Beragh and fellow members of his local GAA club played a prominent role in his funeral ceremony on Wednesday.

His mother, Nuala, appealed to Catholics to continue joining the PSNI, and politicians across the political spectrum appealed to the public to help with the murder investigation.

A 26-year-old from the Dungannon area was detained in Scotland on Tuesday. A 40-year-old was arrested yesterday on the road between Omagh and Ballygawley.

Earlier today, the period of detention for both men was extended. They are being questioned at Antrim Police Station.

Police are continuing to examine the haul of guns, explosives, detonators and other material found near Coalisland on Tuesday. 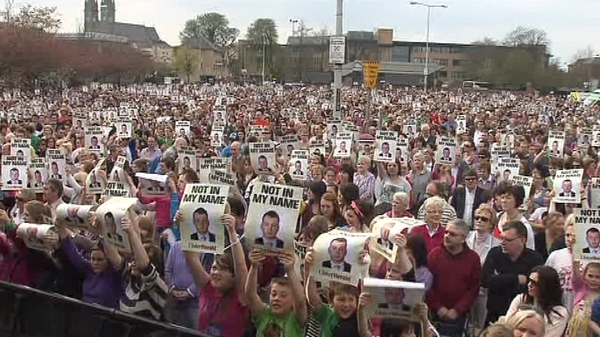