The targets were included in Department of Finance briefing notes for incoming Minister Michael Noonan.

This saving makes no provision for service pressures or new services.

The Department of Finance warns that projects may need to be reprioritised or delayed.

It advocates reviewing eligibility for services and the use of co-payments by service users on the basis of affordability, as well as access based on need.

It also recommends tackling barriers and anti-competitive practices in the public and private systems to ensure service users and providers are not subsidised unnecessarily from the public purse.

It warns that the introduction of a universal health insurance system - whether public or private - could push up the cost of public healthcare because of a corresponding expectation of universal entitlement to care.

It says the ability to pitch and collect a universal insurance payment at a sufficiently high level to fund universal entitlements to healthcare may be constrained for some time by declining household incomes.

It says the public private mix of health service provision needs to be reviewed to ensure public spending is providing value for money, that access to services is based on need and affordability, and that private provision is self sustainable, with common minimum standards of care.

It also says the future of the remaining hospital co-location projects will need to be reviewed. It says the overall state of private health provision, private health insurance, the banking crisis and changing policy on tax reliefs must raise serious issues about the viability of such projects.

Minister for Health Dr James Reilly has said it is vital to ensure that doctors remain competent and prove themselves to be throughout their careers.

He was speaking at an Irish Medical Council conference in Dublin where details were announced of new legal requirements which mean doctors will have to maintain their professional skills with at least 50 hours of programmes each year.

Minister Reilly also said he would be introducing a patient safety authority.

He told the conference that he would not be setting up an inquiry at this time into how sexual abuse claims were dealt with in the case of the former Drogheda consultant Michael Shine.

He said he had been advised in a new report not to prejudice potential criminal proceedings.

Meanwhile, a new voluntary early retirement scheme is to be introduced in the Health Service Executive.

The minister described last year's scheme as unfair, given staff had little time to make a life-changing decision just before Christmas.

He also confirmed that businessman Harry Crosbie has been appointed as interim chairman to the board which is planning the new National Children’s Hospital.

Dr Reilly also said he was disturbed by the findings of a new study published today linking alcohol consumption and cancer given the high level of drinking here.

The new scientific research indicates that almost 10% of all cancers in men and 3% in women in western Europe are caused by people drinking too much alcohol.

The research, published in the British Medical Journal, comes from analysed data from France, Italy, Spain, Britain, The Netherlands, Greece, Germany and Denmark. 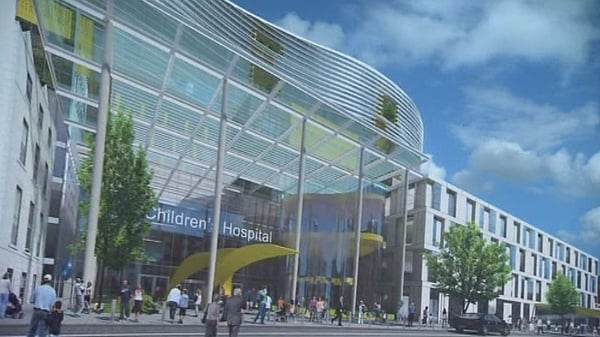