The Minister for Foreign Affairs has said he is launching a new diplomatic initiative across the European Union to win political support for Ireland in its rescue package negotiations.

He says the new Government is keen to get a better deal on the bailout from the EU, the European Central Bank and the International Monetary Fund.

Minister Eamon Gilmore said he will invite the ambassadors of the EU states to briefings.

Speaking on RTÉ Radio's This Week, the Tánaiste said he would also seek a series of bilateral meetings with his European counterparts.

Mr Gilmore said Taoiseach Enda Kenny and Minister for Finance Michael Noonan would also take part in what he said would be a 'co-ordinated diplomatic drive' in Europe to win political support.

Speaking on the Marian Finucane Show about the EU financial crisis Mr Dukes said: 'My guess is that if nothing more is done than has been done up to now, there will be some kind of a default in the next few years. If it starts in one country it will spread.' 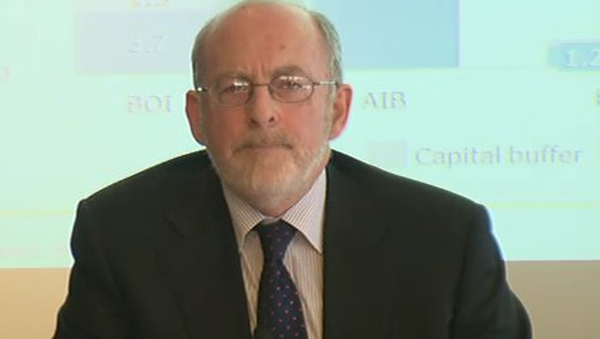